Hammond must use Budget to help rescue retail

Just as you thought things couldn’t get any worse in the retail sector, they do… much worse. 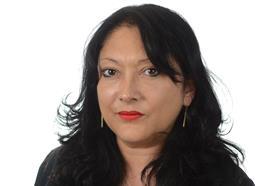 News that the Nicholsons Centre in Maidenhead has fallen into receivership after owner Vixcroft could no longer meet its financial obligation should send shudders through the whole sector.

This was not just another retailer being pushed over the cliff edge or being forced to cling grimly to it for dear life. This was a whole shopping centre going under – and as the experts warn in our analysis this week, tens if not hundreds of mainly secondary shopping centres could follow suit.

If these second, much bigger, dominoes start to topple, landlords and investors will start to wobble, and where would that leave us?

What is worrying is that the challenges the Nicholsons Centre faces are the same as those faced by secondary centres across the land, as retailers scale back their operations and enter into CVAs in response to high rents, the minimum wage, crippling business rates and the rise of online.

Vixcroft bought Nicholsons in 2015 for £37m and had planned to refurbish it, before the big loss of Next. Unfortunately, it had also financed the acquisition with a £26m senior loan from Hermes Investment Management as well as mezzanine debt. It is far from the only one with significant debt, which means other leveraged malls will also be teetering on the edge.

As the hitherto reasonably contained retail storm threatens to spread, surely there is no better time for Philip Hammond to use the Budget to do something to help retailers and stop that happening. The real estate industry has been calling ever more loudly on the chancellor to reform business rates, which have hobbled traditional ‘bricks-and-mortar’ retailers over recent years.

This is your chance, Philip, and while you’re at it, could you create a more even playing field and slap an ‘Amazon tax’ on online-only retailers who pay minimal business rates compared with their high street counterparts?

It is not just the future of retail that depends on it. Many retail landlords are pension funds and people’s retirement pots are at stake. If you help retailers, you help landlords and help protect people’s futures. It’s a win-win scenario – and there are precious few of those on offer in pre-Brexit Britain.

It had long been a bone of contention at Property Week that while we write about the latest state-of-the-art workplaces, we didn’t exactly occupy the nicest office ourselves, although it did have a certain urban grittiness and old-school publishing charm about it. Well, no longer! We have moved to a super-swanky new office.

We haven’t gone too far. We’re still in Croydon, but we’re now in beautifully refurbished space at Southern House – nearer East Croydon station – and it’s awesome. In fact, we are so proud of it we may even invite you over at some point. In the meantime, if you do still like to communicate via pen and paper, please send your correspondence to: 10th floor, Southern House, Wellesley Grove, Croydon, CR9 1DY. We look forward to hearing from you.