Heathrow’s third runway is not off the ground yet

Whoa, hold your horses – or should that be: leave those chocks where they are? Transport minister Chris Grayling may have rubber-stamped a third runway at Heathrow, but it hasn’t been given final clearance for take-off yet and might not be for some time.

Even if MPs do vote in favour, it will have to pass noise and environmental pollution tests and contend with all manner of legal challenges and objections. You can expect the consortium of councils, Greenpeace and local residents that previously sought a judicial review (unsuccessfully) to have another stab at it.

There will also no doubt be grumblings from those who were miffed that Heathrow got the nod over Gatwick in the first place, like esteemed Property Week columnist Steve Norris, who contended that a second runway at Gatwick would cost half as much and take less than half the time to open (not an entirely unbiased view on the part of the co-chair of Gatwick Growth Board).

And then there are the Nimbys’ marginally less vociferous cousins the Imbys to consider – as in objectors from regional cities who want a new runway to be built in their back yard rather than somewhere they argue will benefit only Londoners and the south east.

It won’t, but I digress. The point is that opposition will be such that it is difficult to give much credence to suggestions that construction could be under way in 2021 and the runway operational by 2026 (disappointingly, if you were looking forward to seeing Boris lie down in front of the bulldozers sooner rather than later).

We don’t exactly have much form with airport-related proposals. Just cast your mind back to the construction of Terminal 5 (T5) at the airport. It was finally approved by the secretary of state in November 2001, following the longest running public inquiry in British history, and took almost 20 years from conception to completion. 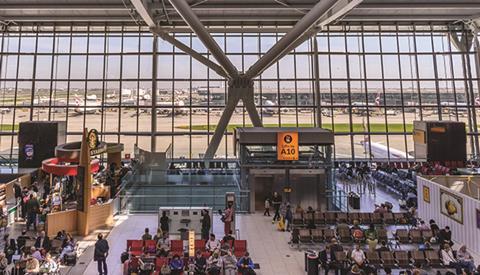 That was just a terminal building. This is more disruptive by far. However, it is also potentially more important by far. The airport carries more freight by value than all the other UK airports combined and a third runway would allow it to almost double that capacity. It would also provide a vital fillip to UK trade prospects at a critical juncture as the nation heads towards Brexit.

As SEGRO chief executive David Sleath puts it: “Access to new and emerging markets is fundamental to ensuring the UK’s place on the world stage and failure to expand Heathrow will leave the UK behind its international and European competitors.”

He does have other reasons to welcome the announcement, mind. SEGRO owns more than 5m sq ft of industrial property at London’s airports, primarily at Heathrow. But he’s right: the time for action is now. This is not a runway saga anyone wants to see run and run.

It has been hard to see the silver lining in the clouds gathered over retail of late. So it is great to report that M&G Real Estate has snapped up a 50% stake in the Fort Kinnaird retail park in Edinburgh, citing prime retail’s resilience to ecommerce competition as a driver. With John Lewis finally signing up for Westfield and Hammerson’s £1.4bn scheme in Croydon, hopefully things are starting to look up – for prime retail at least.