Housing White Paper: well that was worth waiting for, wasn’t it?

The industry had dared to hope the housing white paper would announce meaningful measures to tackle the housing crisis, especially after all the delays. 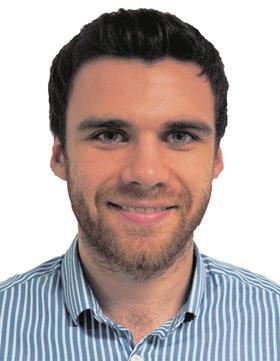 But, as Colliers International’s head of regeneration Jonathan Manns witheringly puts it: “We turned up at the Last Night of the Proms expecting an evening of flag-waving, only to find the Albert Hall was empty.”

The document lacks teeth in key areas, with action against Nimby councils a case in point. Experts were expecting the government to get tough on local authorities that oppose development and fail to allocate land for housing. But no punishment was forthcoming beyond the threat to introduce a new homes delivery test that will grant developers automatic planning permission if councils fail to deliver new homes.

Moreover, local authorities will avoid any action at all if they deliver just 65% of the housing need identified in their area. The consensus is that this is far too low a threshold. Perhaps, as Cushman & Wakefield partner Ian Anderson suggests, communities secretary Sajid Javid and his team had one eye on “maintaining support in Tory heartlands” where people simply don’t want any development.

Read the key takeaways from the housing white paper in our summary.

Where the government has taken a punt, it is radical for all the wrong reasons. The controversial ‘use it or lose it’ policy reared its ugly head, with the government promising guidance to encourage councils to seize ‘stalled’ sites from developers using compulsory purchase orders. It has been mooted before and the holes in the policy remain as gaping as ever, not least because of the uncertainty and unnecessary risk piled onto developers, who in turn will bring forward fewer schemes. And besides, councils simply don’t have the resource, energy or knowledge to follow it through. No wonder AECOM senior director Philip Scott describes the policy as “unworkable”.

There are, however, some faint glimmers of hope. The government is throwing its weight behind the modular construction sector and continues to row back on David Cameron’s home ownership obsession and controversial starter homes policy.

It has also promised the most meaningful support for build-to-rent (BTR) to date, including the long-overdue step of creating a separate class of affordable housing for the sector - a move investors and developers have been quick to praise. But it’s worth remembering that, like most of the white paper, the BTR measures are subject to consultation and given how long the white paper took to produce it could be years before the initiatives are actually implemented.

Another major disappointment is the government’s continued failure to acknowledge the terrible impact its stamp duty reforms have had on much-needed housing supply. If ministers are serious about solving the housing crisis, they need to rethink this punitive regime or we will still have a housing crisis on our hands even if the white paper measures are introduced.

The good news is that there is still time to sign up to Property Week’s Call Off Duty campaign and have your say before we make representations to chancellor Philip Hammond.

Back our Call Off Duty campaign