At first glance, the data from Real Capital Analytics on European real estate investment looks ominous. Investment levels in the first half of 2018 were 9% down on the same period in 2017. And worryingly, the industrial and logistics sector, which had been the belle of the investment ball in recent years, appeared to be the main culprit. 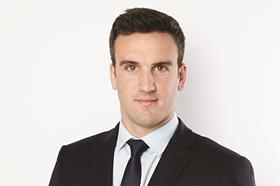 In the second quarter of this year, investment in the sector dropped by 26% on levels recorded in Q2 2017. But before everyone runs for the hills screaming ‘it’s all over; the bubble has burst’, they should consider the following caveat: this year’s figures are coming off a stonking 2017.

Last year’s figures were boosted by a number of significant deals, including the €12.3bn (£10.7bn) acquisition of Blackstone’s Logicor by China Investment Corporation and GLP’s $2.8bn (£2.1bn) purchase of Gazeley.

The fact that a huge corporate takeover has yet to happen this year does not mean investors have cooled on the sector. As Petra Blazkova, a senior director at Real Capital Analytics, notes: Asian investors are still keen on Europe. Indeed, industrial assets now make up 50% of the outbound acquisitions of Chinese investors.

That is an astonishing figure and Chinese investors aren’t the only ones piling into industrial. Property Week’s International issue features a raft of major industrial deals, all involving international players.

Having tried to break into the European logistics market for a number of years and been the underbidder on the Logicor sale last year, Singaporean state-backed investor Mapletree finally broke its duck when it bought a $1.1bn portfolio from Prologis, more than half of which is European. Fellow Singaporean investor Ascendas REIT, meanwhile, increased its exposure to the UK logistics sector with the £257.5m acquisition of Griffen Group UK Holdings’ portfolio.

It is little wonder with all the investor interest that Oxenwood Real Estate is mulling the sale of a £325m portfolio, following several approaches by overseas investors. Given how hot the market has been, neither is it any surprise that US developer Scannell Properties wants to grab its own slice of the European pie and has poached CBRE’s EMEA managing director Amaury Gariel to lead the charge.

They are all looking to exploit the continued shift to online retail. However, Brexit may throw a spanner into the works. Experts are divided over whether occupiers will put on hold decisions that require significant capital expenditure – such as leases on a big warehouses – or whether they will opt instead to actually take additional space to stockpile goods.

Investors will no doubt maintain they are investing for the long term and don’t give two hoots about Brexit – but with everything still up in the air, it might not be an either/or scenario. If investors are divided, some committing to, some withdrawing from, the UK, the spectacular growth in the industrial sector could soon be over – if it isn’t already.