It’s not all bad news for the high street

More retail doom and gloom made the headlines this week. The latest depressing addition to the relentless flow of bad news was that struggling fashion retailer New Look plans to close up to 100 stores. The company’s executive chairman Alistair McGeorge couldn’t have been more downbeat in his assessment of the state of the retail market. “I’m not in control of the total market – it’s in the poorest shape that I’ve ever seen it,” he said. 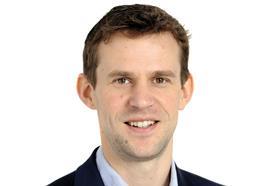 However, what often goes under-reported is that while many big-name retail brands like New Look are in trouble, some are still doing well. Many discount chains such as B&M and Primark are going from strength to strength and the big supermarket chains have mounted a comeback few would have thought possible a few years ago.

Our lead story this week about TK Maxx opening its first store on Oxford Street in a unit vacated by New Look is a microcosm of this. In contrast to New Look, TK Maxx is enjoying a period of rapid growth – the discount fashion retailer reported an 11% jump in turnover last year.

Exclusive data provided by CACI on changing shopping trends over the past five years also paints a mixed picture of the health of the high street. Some of the findings make for grim reading and shouldn’t be underplayed. Key metrics such as the average number of visits to retail centres are down sharply on 2013 levels. Clearly, this is bad news for the UK’s retail landlords and helps explain why malls aren’t on many investors’ shopping lists right now.

However, there are positive signs that suggest that those landlords that play their cards right and move with the times could still be winners. So-called ‘destination-led’ shopping trips are becoming more popular and the use of click & collect is growing sharply. The rise of click & collect is a real positive for bricks-and-mortar retail because shoppers who collect in store often go on to make another purchase nearby or even in the same store.

The ranking of European cities’ investment prospects in this year’s annual Emerging Trends in Real Estate report from the Urban Land Institute and PwC made for uncomfortable reading.

While Germany’s top four cities all featured in the top 10, the UK’s top four cities languished at the bottom. Only Istanbul and Moscow fared worse than London. The survey is based on the views of a large sample of more than 800 real estate professionals so its conclusions shouldn’t be dismissed.

Interestingly, UK respondents were less pessimistic about the impact of Brexit on the UK property market than their continental European counterparts. Is that because people here are closer to the market and know what’s going on or is it because we’ve all become blasé about Brexit? We’ll have to wait until next year to find out the answer to that question.