Labour promises much but could it ever deliver?

The fate of a couple of landmark deals is set to be decided next week when we head to the polls for the local elections. 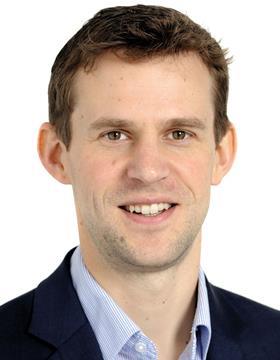 Labour is optimistic it will make significant gains, particularly in London, where some of the wealthiest boroughs, including the Royal Borough of Kensington and Chelsea, Wandsworth Council and even Westminster City Council, could turn red.

Lendlease will be paying particularly close attention to the result in Haringey where its £2bn joint venture with the Labour-led council is hanging by a thread after council leader Claire Kober announced she was stepping down earlier this year.

In the face of fierce local opposition to the Haringey Development Vehicle (HDV), she left it to her successor to decide whether to approve the JV. A raft of Labour candidates from the party’s hard-left campaign group Momentum are expected to be voted in next week. If that happens, it would surely seal the fate of the HDV.

Momentum’s success in Haringey is partly due to growing public mistrust of developers and public-private partnerships. Developers need to face up to the fact they are as trusted as bankers (or us hacks) and do more to improve their image – or run the risk of other big regeneration projects involving the public and private sector hitting the rocks.

The industry also needs to be alive to the danger that Momentum poses. The group could well look to replicate its tactics in Haringey and gain a foothold in other councils. It is already on the march in Newham, another Labour stronghold, where Momentum-backed Rokhsana Fiaz looks set to be elected as the new mayor next week. Her election would not only threaten Newham Council’s Red Door Ventures’ £120m purchase of The Collective’s Old Oak scheme, but also the wider ambitions of the council’s private development company.

If Labour does put in a strong showing next week, Jeremy Corbyn will fancy his chances at the next general election. Residential developers should therefore be paying close attention to Labour’s new green paper, Housing for the Many. The party is pledging to spend £4bn a year to build one million ‘genuinely’ affordable homes over 10 years. It sounds like pie in the sky.

The target is the equivalent of 100,000 affordable homes a year – more than half the total number of homes currently built a year. That’s hugely ambitious and my hunch is the £4bn, which is unlikely to be enough anyway, won’t materialise. After spending a fortune renationalising the railways, pumping billions more into the NHS, scrapping tuition fees and raising benefits, where would Corbyn find the money?

However, there will be nothing stopping him from putting the squeeze on developers, who would be advised to prepare for the other key proposals in the green paper: a crackdown on what Labour calls the ‘viability loophole’; a zero-tolerance approach to developments that fail to provide any affordable housing; and a new, stricter definition of affordable housing. Developers may not like what they read, but they should sit up and take notice.

On a more upbeat note, as promised last week, we bring you the full lowdown on the winners from this year’s Property Awards, which must have been our most diverse awards yet. And don’t forget to take a look at the video highlights.