During my first stint at Property Week in the early 2000s I was given the sheds patch. 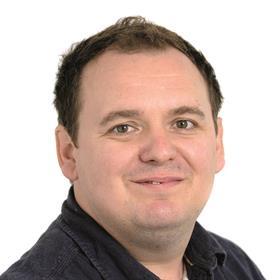 I think it was because I was from the north of England and sheds were perceived by my senior colleagues as being the grittier, unsexy end of the industry – a bit like the north! How times have changed (for both).

Today, the sheds market is as hot as any property sector gets. Oh, and please don’t use the word ‘sheds’ anymore. While self-confessed ‘shedheads’ like Ian Worboys might feel comfortable using such parlance, more recent entrants to the market prefer the less colloquial phrase ‘industrial and logistics’. Those Johnny-come-lately operators are not a patch on their entrepreneurial predecessors. Shortly after I joined the magazine, I interviewed Ronnie Lyon, who was widely credited as inventing the concept of industrial estates. He founded the Lyon Group and turned it into one of Europe’s largest industrial developers, prior to its spectacular collapse in 1974 with debts of £50m.

The colourful character bounced back from the disappointment to launch other property businesses and his appetite for the sector never wavered. He was an old-school developer who could work out a deal in his head in seconds and make a decision about whether or not to go ahead based on this quick equation and gut instinct. I wonder what he would make of some of the spreadsheet CEOs that lead some of the biggest I&L developers today.

As I prepare to leave Property Week for a second time, I can only marvel at how much sentiment towards the sector has changed. It will change again. While today the sector is in rude health and shows little sign of slowing down, every cycle has a beginning and an end, and the big question facing those spreadsheet CEOs is: how long will the good times last before that end comes? I for one hope this once unloved sector gets to enjoy a bit more time in the limelight before it is pushed aside by the next big thing.