Last weekend’s Jubilee pageant celebrations showcased what makes the UK a great success story. Look behind the pomp, though, and there lies another story. 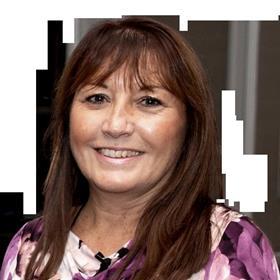 While we recognise talent is spread across all corners of the country, we also know opportunity is not. Longstanding geographical inequalities exist and, despite efforts by successive governments, the UK is not as productive as its competitors and has regional disparities that are among the largest in the world. To make matters worse, deprived areas were hit the hardest by Covid.

It’s ironic then that the government’s levelling-up agenda, intended to address inequality and to bring economic growth and living improvements to everyone, is this week criticised for not being fair, transparent or co-ordinated enough. The Local Economic Growth report by the Public Accounts Committee (PAC) describes a lack of impartiality around bids for levelling-up cash (p1). Ministers seem to have felt it appropriate to finalise the principles for awarding the first round of funds only after finding out the identities and scores of shortlisted bidders. The report notes: “The department has past form with this.”

The media will have a field day exposing what looks at worst like nepotism and at best political opportunism within the corridors of DLUHC.

Levelling up was at the heart of the Conservatives’ 2019 election-winning manifesto. Yet despite billions already spent, the Local Economic Growth report says the government still does not have a strong understanding of what interventions are the most effective. Levelling-up plans, it states, are not based on robust evidence and evaluation and the government has no idea yet how it will measure performance across geographical areas.

MPs on the PAC are also concerned that “optimism bias” has meant realistic bids to the levelling-up fund have missed out at the expense of supposedly “shovel-ready” projects that have been subsequently beset by delays.

Levelling up isn’t the only area where complaints abound around poor government co-ordination. In this issue, several commentators highlight the contradictions and failure of government to join up climate action policies within the built environment. Time and again, they believe government fails to set the right example by not placing sustainability at the heart of its decision-making and by setting policies that hinder rather than help net zero ambitions.

Julie Hirigoyen, UKGBC chief executive, wants government to act more decisively around whole-life-carbon assessments, embodied carbon measurement and regulation around demolition and refitting (p26). Meanwhile, Grant Leggett, director at Boyer, cites Class ZA PDR as the oddest PDR of all, in that it allows for demolition without any consideration of impact on carbon emissions (p35). He argues it’s another example of illogical regulation that flies in the face of ESG goals.

Some might say this shambolic state of play in policy setting and implementation simply reflects the current crisis within Boris Johnson’s government. For the industry, the government’s failure to co-ordinate and lead does not bode well for constructive partnership in these two crucial areas of policy. Real estate needs a civil service and a government firing on all cylinders if it is to play an effective part in driving transformational change.

Finally, it’s time for me to say farewell to PW and hand over the reins to the new editor Lem Bingley. Thanks for all your support – it’s been a superb experience.