Councils investing in commercial property is not a new thing. They’ve been doing it for years.

But what is new is the extent to which councils are investing in commercial property outside their boundary area. According to figures from Savills, last year there was a 125% increase in this sort of activity, which has set alarm bells ringing in some quarters.

The most active commercial property local authority investor over the last 12 months has been Spelthorne Borough Council in Surrey, which some property industry pundits say has been acting more like a propco than a council.

If market rumours are indeed true that the council is under offer to buy 100 Cheapside in the City for around £136m and in advanced negotiations to buy One Embassy Gardens in Nine Elms from Ballymore for a rumoured £160m as reported in Property Week, then the council’s spending in 2019 could match or even exceed its outlay in 2018 – and take the council’s total spending on commercial property to more than £1bn.

Spelthorne isn’t an isolated example. A number of other local authorities are also spending huge sums of money on commercial property in an effort to raise revenue to address funding deficits caused by central government budget cuts.

Some in the industry welcome these local authority buyers who are picking up the slack at a fairly quiet time for the market. They argue that commercial property is a sound investment – providing the fundamentals are right and the councils don’t over pay. And according to sources to date councils haven’t overpaid for assets. They are buying well located stock leased to tenants with strong covenants so what’s the harm? 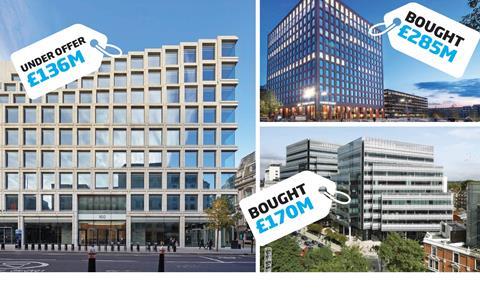 However, many members of the property industry are worried about this growing trend. One industry stalwart questions the advice some local authorities are receiving and whether they are seeking advice from the right people. He likens the situation to a “ticking time bomb” citing the example of local authority investment in Icelandic banking groups – we all know how that saga played out!

For the time being at least the government doesn’t seem to be unduly worried about the volume of investment in commercial property made by local authorities. A spokesperson for the Treasury told Property Week: “Responsibility for spending and borrowing decisions lie with the locally-elected members of the council, who are democratically accountable to their electorates, and with borrowing decisions additionally approved by the senior finance officer of the local authority.”

However, the spokesperson says that the framework governing local authority borrowing and investment was substantially revised for 2018/19 and the Ministry of Housing, Communities and Local Government will ‘monitor how local authorities respond to the revised guidance, and may take appropriate further action if this is necessary’.

So for now the government is maintaining a watching brief on the situation – as is the rest of the property industry.