I love it when a plan comes together. When we launched our inaugural search for the RESI Trailblazers last year, we went all out to make it as diverse a list, in every sense of the word, as we could. 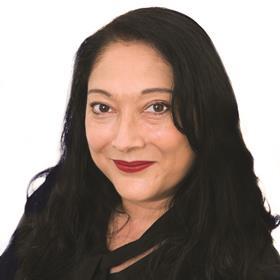 We enlisted the help of our newly convened RESI Senate, we sought input from trusted editorial contacts and the team and we invited you, our readers, to nominate your rising residential stars.

We knew we had come up with a strong list, but it was only when we unveiled our 40 entrepreneurs, disruptors and innovators at RESI last year that we realised quite how diverse and special the group was. There was no way we were going to top that, I thought.

How wrong I was. Here we are 12 months later and I am delighted to report that we have smashed it out of the ballpark again. This year, having also invited last year’s cohort of RESI Trailblazers to nominate their 2019 picks, we kicked off the RESI Convention by unveiling not 40, not 50 but almost 60 RESI Trailblazers. What a dynamic and inspiring group they are.

They hail from a range of age groups, a huge array of disciplines and different cultural, ethnic and social backgrounds. Better still, 39% of them are women and we did not have to resort to positive discrimination to make it so. Women were equally well represented from the outset – they just happened to be the best in their field.

The diversity of this year’s RESI Trailblazers is impressive enough, but perhaps even more notable is how disruptive they are. Einar Roberts, head of residential consultancy at RESI Trailblazers sponsor Cluttons, makes this very point in his comment piece, noting their “entrepreneurial spirit” and how important it is to be “curious about new ideas, big and small”. His observation brings to mind an even greater quote than Hannibal Smith’s; the remark from Al Pacino’s character Lowell Bergman in Hollywood movie The Insider that he is “getting two things: pissed off and curious”.

It seems to me that a good number of our RESI Trailblazers got pissed off and curious about something at some point, whether it was under-utilised airspace above buildings (Apex Airspace), a lack of co-living options for the over-40s (Cohabitas), poor understanding of health and wellness (hero), the absence of robust residential rating systems (HomeViews and WiredScore), poor flexible working provision (Daisy Chain), the treatment of women and minorities (PropElle and BAME) or the homelessness crisis (Project Etopia and ProxyAddress).

There are other attributes this fearless band of outliers, mavericks and rebels have in common. Before RESI, I had the pleasure of sitting in on the briefing call with the panellists taking part in the debate on ‘How to blaze a trail in housing’ and it soon became clear that however great the challenges they face, this lot just do not give up. It’s not in their DNA.

They are also “ruthlessly candid”, in one Trailblazer’s words, about their own strengths and weaknesses and understand how vital it is to work collaboratively and not try to go it alone.

Interestingly, they also stress the importance of mentoring, yet none of them actually has a mentor. My theory is that what they are doing is so trailblazing, so pioneering, that no one has done it before. In short, there is no one who could mentor them. We can certainly learn from them, though – just read their mantras – and I hope we do.