Sir Howard Bernstein’s shoes will not be easy to fill. In his near-20-year tenure as chief executive of Manchester City Council, he has co-ordinated the regeneration of the city core following the IRA bomb blast of 1996 and been hugely successful in attracting investors to what is now the beating heart of the ‘northern powerhouse’.

The crane-filled skyline has been a symbol of Manchester’s thriving development activity over the past two decades, and the city’s reputation has flourished both nationally and internationally. But all good things come to an end and now Bernstein is handing the mantle over, not to one but two people.

Where Bernstein juggled two roles, heading up the Greater Manchester Combined Authority (GMCA) as well as the council, these will now be split, with Wakefield Council’s Joanne Roney taking over as head of the council and Stockport’s Eamonn Boylan taking the helm at the GMCA. 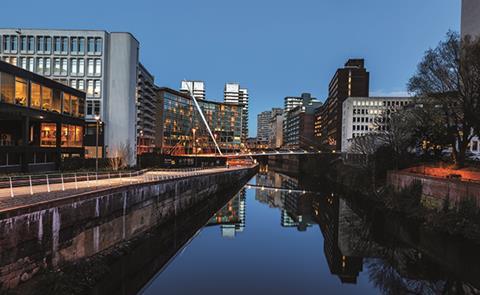 Both face significant challenges. As the city’s property industry players attest, when Roney crosses the Pennines to take on her new role, she will be expected to not only support the delivery of a number of major projects, but also to ensure infrastructure keeps pace with the city’s growth, residential provision is improved and the city’s public services continue to be reformed.

Meanwhile, top of Boylan’s to-do list will be the organisation of the mayoral election and development of a statutory planning framework for the whole of Greater Manchester. In an interview with Property Week, he explains why he is such a big believer in the northern powerhouse. A good thing too, as both he and Roney prepare to power its agenda on.