No sugar-coating the Brexit pill

You might want to pour yourself a stiff one (or large rosé if in Cannes) before you read this. 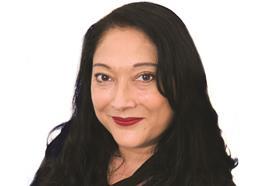 With just three weeks to go before we are due to leave the EU, the UK investment market appears to have well and truly tanked.

Before investment agents run screaming for the hills, there is an important caveat: the figures are provisional. Things could change. However, the 2019 figures were compared with the provisional 2018 figures, so the year-on-year differential is unlikely to.

The question now is whether Brexit will be delayed and if so, whether investors continue to sit on their hands or succumb to pressure to resume normal service. If Brexit does go ahead on 29 March as scheduled, will it be followed by the much-hoped-for Brexit bounce – or are we currently in the eye of the storm, with worse, potentially far worse, to follow?

The figures do not inspire confidence. Neither does the fact that with the clock rapidly ticking down, Theresa May has yet to get the EU to blink over the Irish backstop. For one leading industry figure, enough is enough. Shaftesbury’s Brian Bickell is calling on MPs to back a second referendum in a bid to bring an end to the deadlock and avoid a no-deal.

Bickell is obviously partly motivated by the parlous state of the retail sector. Retail is on its knees, so would be hit particularly hard by a no-deal. Other sectors can probably afford to be more sanguine. Take the industrial sector. While it has not been immune – deal volumes more than halved in the first two months of the year, according to Property Data – it was coming off a higher base activity-wise.

And there is no sign of interest in the sector waning. AEW has just teamed up with Allianz to launch a new speculative logistics development venture in the UK and SEGRO has thrown the doors open to a new double-decker warehouse on the outskirts of Paris that it sees as the blueprint for the next generation of multi-storey sheds in London and other major European cities.

Innovation has been a key factor in the sector’s success and there is no reason it can’t boost more challenged sectors, such as retail, as well. In another of our special international features, we visit the Belgian town of Roeselare, which has become the watchword for retail innovation across the world, thanks in no small part to high street guru Bill Grimsey.

Necessity is also proving to be the mother of invention in Egypt, where we take a look at the new mega-capital emerging from the desert near Cairo.

As all three international stories show, the UK is not the only market facing challenges. The secret is to overcome them, which will not be easy if the Brexit saga keeps rumbling on