It's time to rejuvenate tired locations

Manchester has long dominated the North West market, and with more major schemes in the pipeline, it shows no sign of slowing down. But where now to develop? 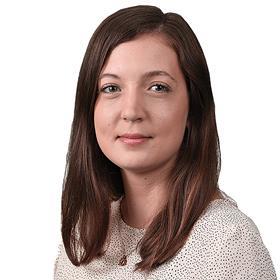 With many brownfield sites already earmarked for development and opportunities scarce, attention is turning to redeveloping existing neighbourhoods. These include the rundown area around Great Ducie Street and the prison formerly known as Strangeways, where the council hopes to deliver 1.7m sq ft of commercial space and new homes.

The good news is that activity is not confined to Manchester city centre. With all the new build driving up rents in the city, local authorities elsewhere in Greater Manchester have spotted an opportunity and seized it.

In Oldham, the council and its partner Langtree hope the new 400,000 sq ft mixed-use scheme they are bringing forward will attract people and businesses priced out of Manchester city centre, while Rochdale is nearing the end of a decade-long regeneration aimed at stemming the flow of people going to the big city to work, shop and live. The performance of the £150m retail-led Rochdale Riverside, due for completion in the second quarter of next year, will be the test of whether those efforts have paid off.

Also intent on rejuvenating a tired location, but this time in Liverpool, is Aberdeen Standard Investments, which has been remodelling Royal Albert Dock and refreshing its retail offering in a bid to tempt locals back to the much-loved but often overlooked destination. With so much development taking place across the North West region, these tired locations won’t look tired for much longer.