RICS crisis is far from over

It never rains but it pours – or it does at the Royal Institution of Chartered Surveyors (RICS), anyway. 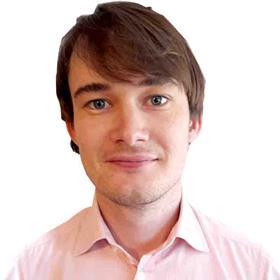 The latest low point in the corporate governance scandal that has engulfed the 153-year-old institution came last week, when a remuneration report showed that RICS had awarded its under-fire chief executive Sean Tompkins a bonus of more than £260,000.

Part of the bonus related to a 2019-20 incentive plan, predating the Covid pandemic and the governance crisis, but the timing looks ugly, not least because the six-figure pay packet was awarded despite RICS claiming government furlough money and making widespread redundancies last year.

As Property Week went to press, Tompkins showed no sign of backing down over this latest controversy, despite growing calls this week for him to waive his bonus.

Needless to say, the defiant stance has not gone down well with RICS members. While no one has yet mounted an official challenge, many members – some of whom are senior industry figures – are already starting to mutter about the need for a regime change.

Angry and embarrassed by the events of the past six months, they are debating among themselves how they can effect change at an executive level. If some or all of the bonus were handed back, it might not head them off at the pass but it could go some way towards appeasing them temporarily.

There is also the moral murkiness of it all. If a real estate company were to hand its boss a bonus after claiming taxpayer-funded furlough money and laying off employees, it would be problematic. For an industry body with a royal charter to do so is really not a good look.

To my mind, this is another squandered opportunity and if RICS thinks things can’t get worse, it should think again. The body is currently subject to two reviews – one internal and one external. The former is a broad probe into the ongoing purpose and relevance of RICS. The latter is an investigation by a leading QC into the events that led to the dismissal of four directors in November 2019 after they raised the alarm about the findings of a 2018 BDO financial audit.

Despite all the noise around Tompkins’ bonus and a multitude of other governance issues, it is these two reviews – in particular the independent investigation – that matter most of all.

In these two reviews, the process is almost as important as the outcome – both must be conducted in a thorough and transparent way to assure members that the controversies of the past six months are being taken seriously.

If Tompkins and the senior leaders can show that they have done that, then perhaps they and the 134,000 members can move past this mess.

If not, then the current hole they are in, deep though it may seem right now, could be about to get a whole lot deeper.