Amid all the posturing from the banks over their future in London ahead of Brexit, one sector that seems to be immune to the negotiation fallout is the tech community. 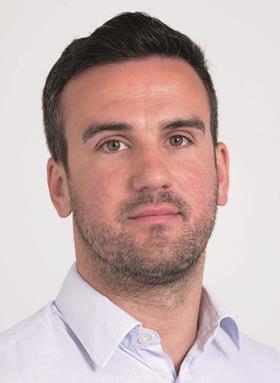 Rather the reverse. The UK seems to be becoming ever more attractive to tech companies. News that telecoms start-up OneWeb, which is promising to revolutionise the way we receive broadband, has chosen London as a base to run part of its operations is a real boon for the sector.

While on the face of it it is just a 30,000 sq ft letting, the firm has some serious backing and even bigger plans. Japanese communications giant SoftBank is a major investor, as too is Sir Richard Branson.

And if OneWeb’s plans come to fruition not only will we no longer have to rely on cable or fibre for our broadband, but the estimated four billion people around the world without access will finally be connected.

The news will also be welcome by the government, which will no doubt laud it as a ‘vote of confidence in the UK’ and use it to hit back at the Brexit naysayers. Apparently the Department of Business, Energy & Industrial Strategy played a big role in bringing OneWeb to the UK and it is easy to see why they were eager to lend a helping hand.

I’m not sure that the Virginia-based firm needed much persuading to pitch up in the UK, though. The tech scene, in London especially, is established and world-leading and the access to talent is unrivalled outside the US.

What is more interesting is its choice of location. It has eschewed the established tech hub of the Silicon Roundabout for what is relatively virgin territory for tech companies, although White City is already proving itself as an attractive office location for creative and media types.

OneWeb’s decision to locate at White City Place is testimony to the much broader, more inclusive vision of Stanhope, Mitsui Fudosan and AIMCo, which clearly regard the scheme as having the potential to be the new King’s Cross. 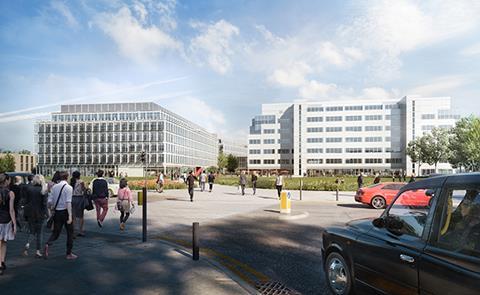 Like King’s Cross, White City has had to overcome a negative reputation. With the help of nearby developments - including Imperial College London’s new campus, the extension to Westfield London and Berkeley’s 1,400-home scheme - not to mention best-in-class digital connectivity and good transport links, it is doing just that and starting to attract firms away from central London. ITV, YOOX Net-A-Porter and The White Company are some of the big names to have recently signed up to the area.

Emerging markets like White City give developers a blank canvas on which to build unique and innovative real estate and Westfield’s £600m extension of the shopping centre is a case in point. Needless to say, it will boast an innovation hub. What scheme doesn’t these days?

The countdown has begun

It is less than four weeks until RESI Conference 2017 and we are excited to announce that we will be hosting our first-ever #RESIhackathon. Don’t know what one of those is? Find out here. This is not just a bit of fun, by the way.

“I hope we achieve something important here and see the creation of a working prototype that truly transforms the industry,” says Johnny Sandelson, founding partner of Westbourne Capital Partners, which is sponsoring the hackathon with Meyer Bergman.

Meanwhile, look out for our new app out today.

You won’t want to miss out.