Why Hammerson’s just not that into intu anymore

That was some U-turn from Hammerson. Just weeks ago, it was talking up its retail portfolio in a bid to KO the Klépierre bid, noting that values had fallen by less than 1% despite the recent CVAs and retail failures and insisting that tenant demand was strong for its centres. 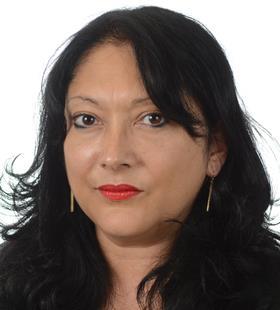 “Not all retail is equal,” it crowed. Perhaps so, but when it comes to retail landlords, some are less equal than others, it seems.

This Wednesday, it pulled out of the merger with intu citing a “wide range of views on the merits of the intu acquisition” and deterioration in “the equity market’s perception of the broader retail property market” in a statement so euphemistic you had to chuckle.

Intu isn’t laughing, though. Speaking to Property Week, David Fischel accuses analysts of “peddling myths” about the quality of its portfolio, while a source close to the intu board maintains: “If this was a good idea six months ago, it’s a good idea today.”

So why the volte-face from Hammerson? The clue is in the word ‘perception’, which has gone from bad to worse. The reality, however, is harder to gauge (while the list of retail casualties grows longer by the day, some are going gangbusters – Primark and JD Sports, for instance). Ditto what happens now at intu and Hammerson.

What we now know about intu, of course, is its price: £3.4bn. Attention will inevitably turn to potential new suitors, such as John Whittaker of Peel Holdings, who is already a major shareholder and had most to gain from the Hammerson deal. He is unlikely to go it alone, but could he link up with a large investment house? It’s not beyond the realms of possibility.

As for Hammerson, there may well be calls for David Atkins to go. Although insiders suggest he has the support of the board and shareholders, he won’t find it easy to increase Hammerson’s share price from the 514p it is currently at to “significantly above” the 635p Klépierre offered.

There is also the question of why Hammerson made the bid for intu in the first place when the retail outlook was already pretty dire. Whether it can undo the damage to its reputation remains to be seen.

It was great to see so many of you at the Property Awards. I had my doubts. Brexit tends to put a downer on things. Throw into the mix the extraordinary scrutiny the industry has found itself under in the wake of the Harvey Weinstein scandal and Presidents Club dinner and the fear was that the number of submissions and attendees would be down.

Still hazy on memories from last night's #PropertyAwards? We've got some new picture highlights in now featuring Mike Slade and Alison Nimmo entering our Hall of Fame plus @SdeSavary claiming Young Personality of the Year. Read about all the winners here: https://t.co/E8UEXgw3PR pic.twitter.com/IejutiTmhu

In fact, we had a record number of entries and the number of attendees was up. The room was also more diverse than ever, as were the winners.

After the recent negative national press, it certainly cast the industry in a different light, and although I am glad the scrutiny has prompted much-needed debate about the treatment of women in property and gender pay gap, it was great that having been in the spotlight for all the wrong reasons, the industry was finally in it for all the right ones. For the full coverage, see next week’s issue.