Could Buddi save her? 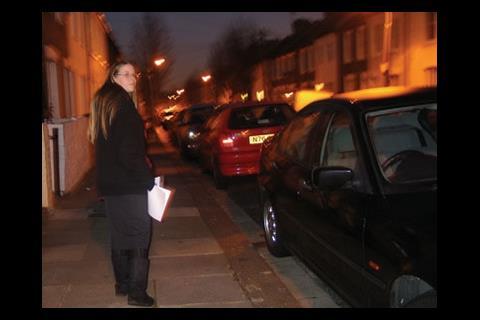 Best Buddis: Shannon O’Reilly says the GPS device has made her feel safer as colleagues can pinpoint her location on the internet 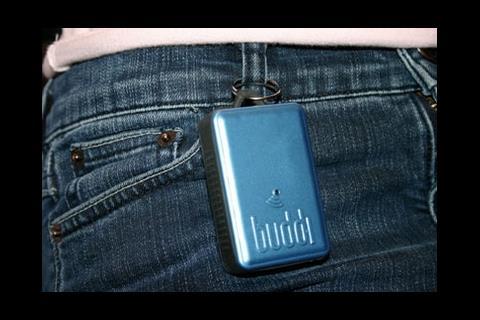 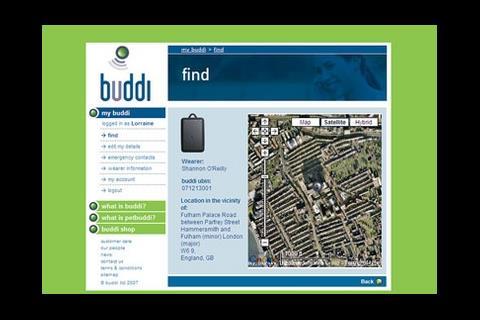 ‘There were five guys waiting for me when I arrived at the property,’ recalls part-time estate agent Shannon O’Reilly. ‘I was only expecting one person and I felt intimidated.’

Although on this occasion, the flat-hunters turned out to be harmless, the 19-year-old’s experience was one of the reasons her employer, Hammersmith-based residential lettings and property management firm Fenners, began its trial of Buddi, a palm-sized personal global positioning system (GPS).

Since the end of November, O’Reilly has been carrying the device on viewings. Buddi’s creator, Sara Murray, believes every estate agent in the country could eventually use the device, which costs £299 for the unit, followed by a monthly subscription of £20. She adds that ‘women are particularly vulnerable’ when out meeting clients by themselves.

With more women than ever working in property, commercial agents are becoming aware of additional measures they need to take to ensure the safety of their staff.

However, the Suzy Lamplugh Trust, a charity that promotes personal safety, warns that GPS tracking devices such as Buddi should not be relied upon alone. Like the agents Property Week spoke to, the charity believes new technology should be used in conjunction with other safety measures, most of which rely upon communication and common sense.

It is more than 21 years since Suzy Lamplugh, a 25-year-old estate agent, disappeared after she went to meet a client at a property in Fulham, west London, close to where O’Reilly works. In July 1986, a man calling himself Mr Kipper called to book a viewing of a property. Lamplugh went to meet him and was never seen again.

Murray first thought of marketing her invention to property agents when a client told her that an email was ‘going around, warning of a Mr Kipper-type scenario’.

‘It is a good thing, as when you go out on a viewing you don’t always know who you are going to meet,’ he says.

If the Buddi user finds herself or himself in an uncomfortable situation, they can discreetly press a button on the Buddi handset that sends a signal to a call centre, which is active 24 hours a day, seven days a week.

Once a signal is received, members of the 54-strong call centre team ring a list of numbers provided by the user. They keep calling until somebody is alerted to the user’s distress.

‘Whoever you are with has no idea that you have pressed the button,’ says Tony O’Reilly.

The Buddi allows colleagues to pinpoint the user’s whereabouts via the internet. They can log on to the Buddi website, enter the colleague’s log-in details and view a live map showing their location to within three metres.

‘Many firms give out panic alarms, but who knows if someone will come to help you?’ asks Tony O’Reilly.

Despite the advantages of having a GPS device to hand, Jo Walker, spokeswoman for the Suzy Lamplugh Trust, warns their users not to become complacent. ‘There are all of the claims that they make people safer, but they are more of a rescue system than anything else.

‘They are useful in hostage situations where a lone worker is being held somewhere, but they probably won’t stop anything happening if someone is going to attack you, as it is unlikely anyone will get to you in time.’

The charity also says staff should be consulted before GPS tracking devices are introduced, to allay fears that the devices might be used as a way to check up on their whereabouts.

Janie Winfield, joint head of investment at Atisreal, says the debate about the usefulness of new technology is important.

‘We have a responsibility to be very mindful of safety of both the guys and girls, particularly when out of the office,’ she says.

‘As we get more females in the property profession, employers are going to need to be aware that looking after the safety of female staff is slightly different to what they have been used to,’ she adds.

The Health and Safety at Work Act 1974, states that employers have a duty to ensure the safety and welfare of their employees, so far as is reasonably practical. Every organisation with five or more employees is required to have a health and safety policy.

The Management of Health and Safety at Work Regulations 1992, updated in 1999, require every organisation in the UK to undergo a proactive process of risk management.

Winfield says she would consider using Buddi if a member of staff said they felt unsafe and requested an additional safety measure, but she believes the device is more appropriate for residential agents than for commercial agents.

‘On the commercial side you are dealing with corporate clients, not handling hundreds of properties and dealing with the man off the street,’ she explains.

Commercial agents tend to rely upon continuous communication with others back at their office to keep safe. ‘I leave the contact numbers of whom I am meeting and details of how long I expect to be at the viewing,’ says Monique Royle, an associate in the valuation team at GVA Grimley’s Birmingham office.

‘Do not go ahead if you feel in danger,’ is the best piece of advice Gillian Murray, chairman of the south-east branch of Women in Property has to offer. ‘It is very important to access the risks for yourself when you get to a site,’ says Murray. ‘If it is potentially dodgy, turn around. It’s just not worth it.’

On 15 January, Women in Property is holding a ‘How to Keep Your Self Safe’ evening seminar in Birmingham. It will focus on avoiding conflict and practical self-defence techniques. For more information contact Jacqui Sargent at: jacquisargent@needhamandjames.com