When I was last quoted in Property Week back in January 2006, I said: “The role of a valuer is to interpret the market at a given time, not to follow the market or to be ahead of it. 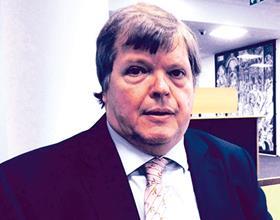 For accuracy to improve, they must understand the market better.” Whether or not valuers are more clued up today, the pressures they face particularly at the larger firms, remain.

The first, and probably biggest, issue is the fact that a committee reviews valuations. The rationale for valuation being independently reviewed is good - it is a sanity check to ensure that you have a reasonable, competent valuer and don’t fall victim to a maverick valuer or one who is acting under pressure.

However, valuing by committee slows the process and leads to conflicts of interest between departments, with their different skillsets and motives. Take central London, for example. Today, every property is being sold at a premium to valuation, which means that valuations are lagging behind the market. If the valuer tries to address the problem, he or she will inevitably be told that the reason the last relevant sale went at a higher price was because the buyer overpaid, or was a “special buyer”.

The second issue is the use of graduates. Graduates need to do valuations as part of their APC, so large firms tend to overload the valuation department with them. This works for the firms as graduates are cheap, but it doesn’t help the valuation since graduates lack the experience and education in the markets. Indeed, one graduate said to me: “I don’t mind being thrown in at the deep end but not when it is in the middle of the Atlantic.”

The third issue is about the checks the large firms carry out with regard to conflicts of interest. This is invariably a laborious process that leads to long delays and keeps the client waiting for a decision. The truth is that every large firm can find a conflict or reason not to carry out a valuation, if it tries hard enough.

Finally, there is the matter of bonuses and whether the bonus is fixed by individual team performance. If so, will a client phoning the firm end up with whoever answers the call first or will they be referred to those with the right skillset?

Valuers are always criticised for being out of sync with the market and, while these huge pressures on valuers at the larger firms remain, it is difficult to see the situation improving. I believe that the valuation process at smaller firms is more efficient because the same pressures are not brought to bear.

Paul Wolfenden is a consultant to John D Wood