It seems impossible to discuss the flexible workspace market without mentioning WeWork. 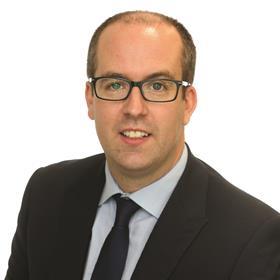 The international operator and London’s largest private occupier of office space has attracted unfavourable headlines following its recent withdrawal from its proposed IPO. This has led to a focus not only on its corporate governance but also on how it structures its property acquisitions.

WeWork has built up a large part of its portfolio by taking long leases of around 20 years, which it then lets to occupiers that regularly offer little long-term commitment. The failed IPO has put the spotlight on the stark contrast between WeWork’s eye-watering rent commitments and its short-term revenues. What happens when the market drops, was the question many potential investors could not find an answer to.

Does this mean that the long-lease/short-occupancy model does not work? WeWork’s current struggles are of course more complex than simply the structure of its property portfolio. Many other operators are successfully using a very similar model, albeit on a smaller scale to WeWork’s operation. The quality, location and layout of a building is clearly a huge factor in the success of any operator but so is its ability to provide the overall service that occupiers demand. The mantra ‘space as a service’ has to be delivered for an operator to be successful.

Operators that have desirable buildings and offer a high level of service will hope that this should give them the competitive edge to absorb their long-term lease commitments. But is there a better way? It is likely that long-term lease commitment will still be demanded in the flagship buildings, but as the flexible market integrates further into the mainstream market, there is a move towards management agreements playing a key role in the sector. 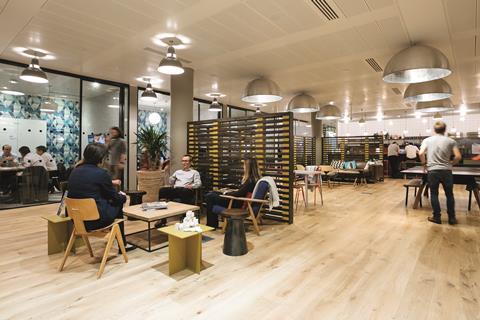 Space as service: a WeWork office in the City of London

Management agreements, which are essentially joint venture agreements, have long been used in other sectors. Hotels offer an example of how these agreements can work successfully for all stakeholders, alongside care homes and self-storage facilities.

Management agreements offer an opportunity for all parties. They allow landlords to remain relevant in a fast-changing market and share in the upside that flexible workspace can offer them. A savvy landlord will recognise that to be a successful operator you need more than just a good building with a nice fit-out. Landlords have historically had to do no more than collect rent, so it is very difficult to suddenly replicate the slick operation that is required for a successful building.

For an operator, it can allow faster growth without the risky financial commitments. Typically, it will see the landlord investing in the fit-out costs and offering more flexible exit clauses to balance out the sharing of the upside. Landlords are essentially investing in an operator that they believe can make a success of their building. Challenges remain with this model but should become easier to resolve as the market increasingly recognises the concept.

The main issues seem to be scepticism from landlords’ funders, which would prefer to see a covenant-backed fixed income from their buildings. The funding situation is made worse by the uncertainty surrounding the valuation of flexible workspace. But these challenges will surely soon be met, given the demand that exists.

There is a middle ground – at least for landlords. The retail sector has long used turnover rent leases in shopping centres to ensure that they keep up with the success of their tenants. Turnover leases would allow operators a reduced ‘base’ rent topped up by a profit share.

However, from the operator’s point of view, these need to be carefully negotiated to avoid agreeing the worst of both worlds. Turnover leases often include a ratcheting of the base rent so that rent is pushed high by a successful year but without any correction in less profitable years. Operators need to avoid a long-term commitment with limited exit rights when they are being asked to share profits too.

It would seem that the answer is to look for balance. Operators will continue to be attracted by the certainty that long leases give them especially in respect of the most sought-after buildings. Management agreements offer a different opportunity to share the risk and reward with landlords. With the benefits that this offers they will clearly play a significant role in this dynamic market.

Dominic Whelan is a partner at Goodman Derrick