With most property issues, it is possible to find a variety of opinions. 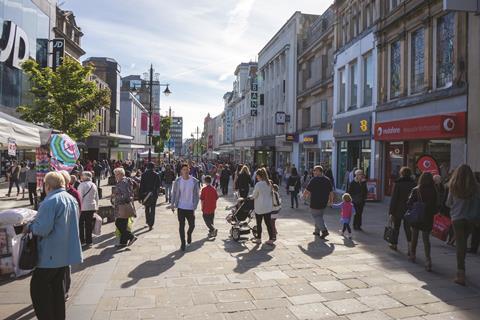 Talk shop: the chancellor has extended the discount on business rates to 100% for some retailers

Not so with business rates. Experts at the main consultancies speak with one voice on the issue – and the response to the measures set out in the Budget last week is no exception.

The government could have been forgiven for thinking that it had set out some pretty generous giveaways. After all, the chancellor Rishi Sunak announced a series of measures aimed at helping small and medium-sized enterprises (SMEs) to weather the coronavirus storm, which has the potential to devastate retailers and food and beverage (F&B) companies as people increasingly choose – or are potentially ordered – to stay away from public spaces. Italy, after all, has directed all shops, bars and restaurants to close, with the exception of supermarkets and pharmacies.

Sunak said that for retailers with a rateable value of less than £51,000, the retail discount on business rates would be extended from 50% to 100% for the financial year ahead – effectively abolishing business rates for smaller businesses in the sector for 2020-21.

Moreover, the 100% discount was also extended to cover food and beverage and hospitality venues, and the business rates relief offered to pubs will be raised from £1,000 to £5,000.

On Tuesday, Sunak waived business rates for one year for the entire retail and leisure industry as part of a new £330bn coronavirus package of measures.

A further review of the business rates system – to report in the autumn – was also announced in the Budget.

However, business rates consultants are not impressed. “The removal of business rates for an expanded group of small retailers will be welcomed by those that benefit, and it is an entirely appropriate measure given the extraordinary circumstances that businesses face,” says Jerry Schurder, head of business rates at Gerald Eve.

“But what about larger retailers? Or firms outside the retail and leisure sectors? They will surely face huge challenges from the coronavirus outbreak, but are being left to rot by the Treasury.

“The notion that companies above a certain size or outside specific sectors are insulated from the effects is clearly nonsense, but the chancellor has left these firms to fend for themselves at a time of unprecedented difficulties.”

John Webber, head of business rates at Colliers International, adds: “While helping SMEs is to be applauded, there is nothing in the Budget that tackles the issues of the larger businesses – and these are the ones shedding the jobs. Without helping larger businesses on business rates, the silent majority is sidelined yet again.”

“The discount will also extend to cinemas and music venues, but will likely sidestep the larger cinemas being added to larger shopping centres.”

The announcement also fails to take account of the fact that rateable values vary wildly across the country, meaning that even small businesses in central London will not be eligible. “Many of these will have a current rateable value of over £51,000 and so will not receive any relief, despite their distress,” says Webber. “It seems unfair that there is a single cut-off point [rather than] a sliding scale.”

What’s more, Schurder points out that the UK is still subject to European state aid rules, which limit relief to €200,000 (£180,649) over a three-year period. “Our research shows only a quarter of the promised half a million retailers are receiving the existing small retailer relief,” he says. “Given the size of these new reliefs and the help that has been received in the preceding years, we would expect the proportion of supposedly eligible businesses that can actually benefit from the 100% relief to be even lower.”

The promise of a “fundamental” government review of the business rates system, to be conducted by the Treasury, also has experts rolling their eyes. Previous reviews may not have occurred with quite the same frequency that housing ministers have been replaced, but there have still been six in the past 13 years. What’s more, they have led to little substantial reform, save for additional relief for SMEs and a move towards more frequent revaluations. 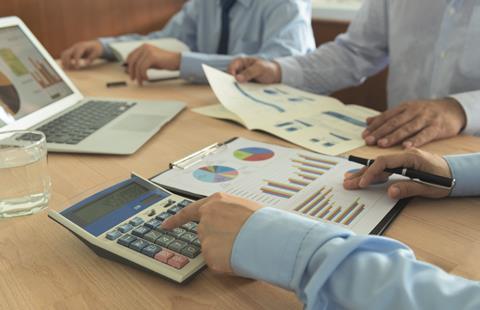 The going rate: the government has promised a ‘fundamental’ review of the business rates system

“If the government is genuinely committed to a fundamental review, where all aspects of the system are open to reform and improvement, including a reduction in the £30bn raised annually from this tax, then this is to be welcomed,” says Schurder. “However, ratepayers will understandably fear that this is just another attempt to placate them while doing nothing of substance to address the challenges they face.”

Schurder is encouraged by the terms of the review, which were published alongside the chancellor’s statement – but his appreciation only goes so far. “A look at the terms of the review shows some promising aspects regarding the continuing need for a property-based tax, and there is undoubtedly an ongoing role for business rates to fund local services,” he says.

“But I am hugely sceptical of a review to be undertaken by the Treasury itself, when it has clearly shown in recent times, including in its response to the Treasury Committee, that it believes there are no real problems or a need for much change. An independent review would have shown the government to be taking ratepayers’ concerns seriously, with genuine intent to consider fundamental reform.”

Webber agrees, saying: “Promising yet another review of business rates seems nonsensical when the issue has already had a detailed review and the Treasury Committee gave its recommendations last November, many of which appear to have been ignored.

“One wonders what the point was of all the expenditure in time and money, if we are purely to review again. This government claims it is the government to ‘get things done’. This is not ‘done’ in my book.”

Sunak also floated the idea of replacing business rates with a land value tax, a levy paid on the value of the land on which a property sits, rather than a tax on property itself. The arguments for and against such a move are as old as the hills (the Chinese philosopher Mencius advocated the elimination of taxes and tariffs on goods and the introduction of an urban land rent around 300BC) but what is certain is that it would pass the tax burden from businesses to landlords.

Any such change would be a decade in the making, which would be little comfort to businesses already haemorrhaging money on business rates at a time of unprecedented challenges.

“Talk of land value tax implicitly pushes any changes back until at least 2030 – the earliest possible date the Land Registry has revealed it can collate the necessary data on land ownership – but larger retailers, and other struggling businesses that pay the vast majority of the £30bn business rates take, simply don’t have the luxury of time,” says Schurder.

“The Autumn Statement should be the absolute latest point at which any fundamental changes to business rates should be implemented.

“The review must not become the Treasury’s equivalent of sending in a test match blocker in a 20-over final – the government needs to unshackle its inner Ben Stokes and grab the issue by the scruff of the neck if retailers are to be saved.”