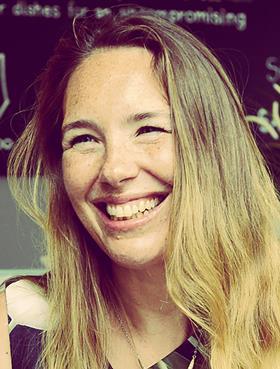 Probably to become a surveyor. It was the one job I didn’t want to do growing up due to my father, who is also a surveyor, dragging me around dreary industrial estates every time we went anywhere by car. However, it has proved to be an excellent choice of career and I am one of the lucky people who loves their job.

I am very proud of the work I have carried out while at Sloane Stanley. In particular, some of the lettings on the Fulham Road such as Orée and Joe & The Juice have had a significant impact and revitalised the area. I am also very pleased with the selection of tenants I have on the King’s Road to the west of the Bluebird. This has now become an area for those looking for the best in health and beauty with Triyoga, Wax in the City, FaceGym and Duck & Dry.

Always carry sunglasses and an umbrella because in Britain you always need one or the other.

What’s the best industry after-party you have ever attended?

The Appear Here party last year was great fun. It was held at the old Central Saint Martins building and they had pop-ups selling their wares as well as food and drink carts. It was a great venue and a lively atmosphere. That said, nothing beats a Sloane Stanley party.

Never be afraid to fail. You learn more from failure than from success and if you never fail it means you never tried.

I don’t really have one but I have a lot of respect for anyone who runs their own business. Through my job, I meet numerous entrepreneurs and I am so impressed by their drive and ambition. Retail is not easy and starting a business from scratch on your own takes a lot of guts and determination.

I love a good view, especially one from a rooftop bar or restaurant, so my favourite buildings are The Shard and 20 Fenchurch Street.

It is never dull. Every day is different and there are so many aspects to it. In my job, I deal with everything from lease renewals to planning and development.

Taking the keys back from a tenant whose business has failed.

There is so much happening now that it is difficult to identify one thing. In the area I work in, the main impact is from the changes in technology – I see the effect of technology as a good thing that is stimulating business. In Chelsea, there has been a significant increase in demand for retail space from companies that have started on the internet and are now looking to set up on the high street, such as Blaiz and Boden.

A Fiat Bertone X1/9. It was red and black with a gold stripe down the side and a targa top. It was very fast and looked fab but unfortunately spent more time in the garage being repaired than on the road. Eventually, being a Fiat, it just rusted away.

To own a stately home. I’m still working on it!

Japanese. Especially Kurobuta on the King’s Road. The food there is amazing.

I love to dance so I am always trying to learn a new style. Most recently I have been attending Latin and ballroom dancing lessons but prior to that it was street dancing.

Jane Austen – I love her books and could talk about Pride and Prejudice all night; Elvis Presley – I went to Graceland last summer and I am now obsessed with all things Elvis; and a young Oliver Reed – funny and naughty; the best type of dinner-party guest.

I am a real towny and love the atmosphere and buzz of a busy city so it would have to be somewhere like New York or Tokyo.

If you could change one thing about yourself what would it be and why?

I would like to become fluent in a foreign language. I have always been jealous of people who are bilingual. It would also be very helpful at work as many of the Sloane Stanley tenants are international – it would be useful if I could converse with them in their native tongues.