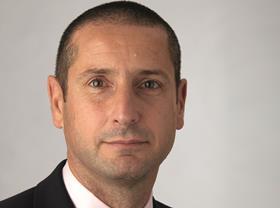 My first significant business trip was to Seattle to make a pitch to Boeing in the late 1990s, travelling with my then boss. In taking advantage of the in-flight hospitality, I spilt an entire glass of Jameson over my boss’s lap – beige chinos. Not an attractive look for him for the rest of the flight and he stank of whiskey.

There have been many. As an apprentice surveyor working on a building survey in an old house, I managed to lock the owner’s cat in the attic. Thankfully it ended well; the owner heard it whimpering and a lawsuit for the death of a cat was avoided.

Moving to Ireland in late 2000. It was a game-changer for me in terms of development experience and opportunity. We’ve had a rollercoaster ride since. 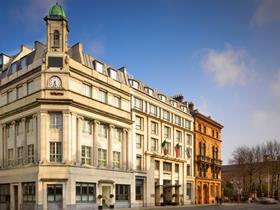 Seeing the Westin Hotel Dublin open in late 2001. It was a really complicated and challenging city centre, five-star, US-owned project and then 9/11 happened. But with dogged team determination it got completed and helped transform a previously run-down and derelict part of Dublin.

That understanding you will never be great at everything is a real strength. Know what you are great at and focus on that.

There were a few in the early 2000s I can barely remember. The best are those where the crowd is on great form and everything happens impromptu.

What is your business motto?

Never be afraid to ask questions.

I love it when people give back. The philanthropic example of Chuck Feeney, the Irish-American who became a billionaire out of his duty-free business then gave it all away, is a wonderful thing.

What’s your favourite property in Ireland or the UK?

The Convention Centre in Dublin’s North Docks is a credit to Kevin Roche’s design – a great showcase for Ireland Inc and Irish business.

There are too many to mention. What separates them is their ambition, tenacity, vision and at the same time the way they retain a sense of the greater good.

The people who work in it – there are so many great characters – and the diversity of work.

The housing supply problem in Ireland is a big issue at many levels. Delivery needs to speed up and the system is still far too lumpy.

It is still too male dominated.

Resolving Ireland’s housing problem will be critical. The population growth forecasted will demand proper, fit-for-purpose housing and infrastructure. This will need an efficient planning and delivery process that relies on public and private co-operation. The PRS has a big part to play and the sense of ‘owning’ your home should cease to be about whether you rent or pay a mortgage.

Into the Valley by the Skids.

With young kids, the venue is less important but sun, pool, family and a cocktail or two are a must.

To play soccer for Swindon Town – alas, it was not to be. 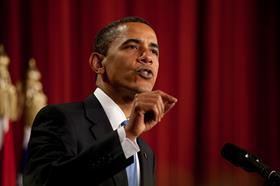 Watching sport with friends and family.

Most Indian dishes, but it’s hard to turn a chicken Madras down.

Jesus Christ, George Best and Barack Obama. We’d have some great craic and also get forgiveness.

La Colombe d’or in Saint Paul de Vence, a beautiful place near Nice, for its relaxed atmosphere and amazing food.

I love living in Ireland – in many ways it’s hard to beat. If we could turn up the sun a bit more it would be perfect!