Industries appreciating the benefits of grouping in innovation districts 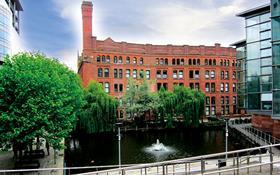 Corridor Manchester is a partnership between the city council, local universities and regional hospitals

But those predictions have not come to pass. Instead, the IT revolution has spawned an innovation revolution, in which proximity and co-location are becoming more important than ever.

Shifting demographic preferences are increasing the demand for city living and urban connections. At the same time, businesses and firms are moving toward a model of ‘open innovation’ in which collaboration, rather than secrecy, is seen as a competitive advantage.

In response, industries as varied as life sciences, IT, architecture and even advanced manufacturing are coming to appreciate the benefits of clustering, within the same region and even the same building. The result has been the rise of innovation districts - small geographic areas often centred near large research institutions or firms intensely involved in research and development - that support an ecosystem of start-ups, incubators and entrepreneurs. Innovation districts also offer a full array of urban assets - residential space, retail and cultural amenities.

Within these districts, there is a growing demand for collaborative work environments. Take the dry-dock building in Boston’s Innovation District. Formerly an industrial warehouse supporting the shipbuilding industry, the structure has been reimagined as the Innovation and Design

Building, with flexible workspace hosting an eclectic mix of industries such as architecture, tech, and small-batch manufacturing. The complex’s position at the centre of design and manufacturing was cemented in March 2015, when Autodesk, a leading design software company, chose it as the site of a new innovation lab. 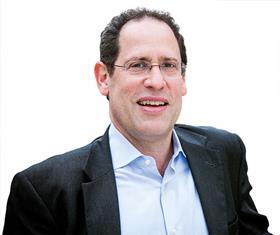 Innovation districts are not just a US phenomenon. One of the first was 22@Barcelona, a large-scale redevelopment of industrial land in the city’s core. Here in the UK, London’s Tech City and East End are prime examples of the organic concentration of innovative firms. But just as interesting is the intentional growth of districts in some of England’s regional cities, such as Manchester and Sheffield. As they did during the industrial revolution, these cities recognise that to be competitive, they must specialise. Corridor Manchester, an innovation district developed over the past 10 years, is a partnership between the city council, local universities and regional hospitals that supports nearly 12% of the city’s workforce. The recently opened £61m National Graphene Institute, charged with finding new commercial uses for graphene technology, is the perfect example of innovation-district potential.

Catalysed by research generated by the University of Manchester and jointly funded by the British government and the European Regional Development Fund, the new facility will co-host researchers from the university, as well as engineers and scientists from more than 35 companies globally.

Forty miles to the east, Sheffield boasts a remarkable model that merges the principles of innovation districts with advanced manufacturing. Its Advanced Manufacturing Park, built on the site of a former coal mine, is a collaboration with the University of Sheffield that houses more than 100 advanced manufacturers, including Boeing, Rolls-Royce, Hitachi and Forgemasters. Taking a page from Silicon Valley and reimagining it for heavy industry, the park includes an incubator space for 150 small and medium-sized companies in areas such as industrial design and information technology. This co-location and collaboration is clearly distinct from an industrial past that valued isolation and secrecy. In today’s global economy, the productivity benefits and potential for innovation are invaluable in the pursuit of competitiveness.

These innovation districts are a natural response to the changing nature of work. So too is the proliferation of spaces within districts that promote and power the collaborative environment demanded in an era of open innovation.

Bruce Katz is vice president of The Brookings Institute. He is speaking at the British Council of Offices’ annual conference in Chicago on 20-22 May www.bco.org.uk/Conference