For any developer that has experienced months of work undone by local political pressures, or suffered delay over planning permission, a Labour proposal to kick-start large-scale housebuilding sounds, at least at first glance, like the solution to all of their woes. 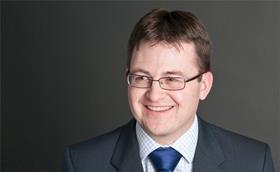 For any developer that has experienced months of work undone by local political pressures, or suffered delay over planning permission, a Labour proposal to kick-start large-scale housebuilding sounds, at least at first glance, like the solution to all of their woes.

The Armitt Review, commissioned by Labour and undertaken by Sir John Armitt, proposes to include residential within the Nationally Significant Infrastructure Plan (NSIP) regime, which would mean large housing projects could be placed in the hands of a newly-formed National Infrastructure Commission.

Decisions would be based on hard facts and technical opinion, as opposed to a vocal minority of opposition and local politics. Not only that, the NSIP route offers more certainty over the timetable, with decisions delivered to a tightly defined timeframe.

It could be a one-stop shop for planning permission, with compulsory purchase orders and ancillary consents all wrapped up in a single decision.

This will be particularly attractive to the developer that does not have complete control over the necessary land and interests. And in cases when an appeal looks the likely route from the start, the NSIP regime could be more favourable to developments that are in line with the NPPF.

Developers will also be wise to the advantages of seeking a decision locally where the support exists from communities, planning officers and councillors. Turning local politics to an advantage, members’ views can often be secured on the principle of development before treading too far down the application path.

Conversely, the Planning Inspectorate is reluctant to discuss the merits of any application until the examination stage. That means developers must invest in time and money before an application is given a hearing, with no certainty it will be acceptable.

Local nimbys will not be out of the picture either. Schemes will need a full upfront consultation, and there are many procedural pitfalls to avoid. Once the application is submitted, applicants are likely to find themselves under pressure, due to a tight timetable for dealing with often vast numbers of examination questions.

On the right site in the right circumstances, the NSIP’s regime could prove a valuable tool for residential developers. With careful consideration into the unique circumstances of candidate sites, developers ought to be well placed to avoid the hidden downsides balancing out the advantage.

Christian Drage is a partner at Berwin Leighton Paisner