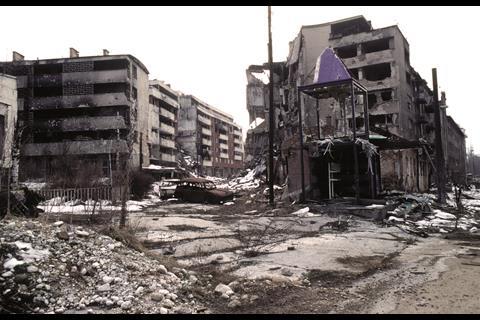 On board: Hodzic left Sarajevo in 1994 and later joined Starboard, which has schemes in Wetherby and Edinburgh 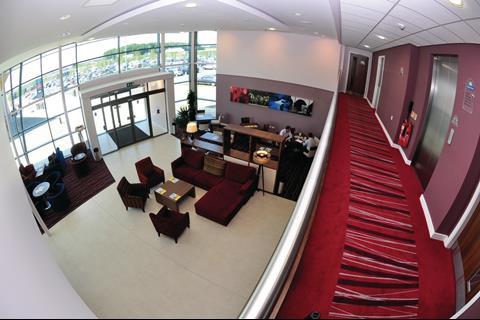 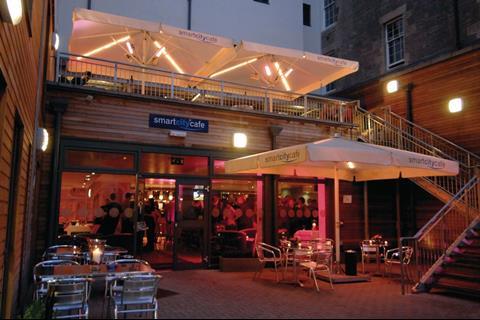 Adi Hodzic is not part of the old boy’s club. His father did not pull strings to secure him a job and he did not study land economy at Cambridge. In fact, his father is an award-winning hairdresser-cum-sociology professor, and Hodzic’s education was twice interrupted by war in his native Bosnia, during which he had to fight, underage, in the mountains.

Last month marked 20 years since war broke out in Hodzic’s homeland. He has travelled a remarkable journey over those two decades, from teen soldier to development and procurement director of Starboard Hotels, the Wembley-based hotel developer and operator, owned by Roselodge Group. Established in 2006, the group specialises in high-end hostels, such as the 622-bedroom Smart City hostel in Edinburgh. It has £25m of UK assets.

“Life in Sarajevo before the war was fantastic,” says Hodzic. “Like all teenagers finishing secondary education, I was finding my feet. All of my family are hairdressers. My mother tried to train me, but I was fired because I was too big and clumsy.”

Recognising he had more of a scholarly bent, Hodzic’s parents sent him to an English language school in Bournemouth for a month in 1991, the same year war broke out in Slovenia.

“Slovenia was far away. It was not a concern,” he says. “My host family in England was so worried about the prospect of conflict spreading that they tried to keep me here. I loved England … but I wanted to return home.”

After a series of examinations, Hodzic secured a scholarship to do a foundation study year in Waco, Texas, beginning in autumn 1992.

But on the morning of 2 March, five months before he was due to leave, barricades were being erected across the Bosnian capital city by Serbian paramilitaries. War and bombing began one month later, triggering the longest siege in modern history. There was no way to leave the country.

“All I had to do was catch a plane and life could continue. But the only planes around were United Nations Hercules jets,” says Hodzic.

Devastating bombings, 100,000 deaths, and the displacement of a further 2 million people followed.

A German journalist, whom Hodzic had helped during the conflict, contacted the American scholarship programme to arrange another college place, beginning in 1993, in Shamrock, Texas.

“This time,” says Hodzic, “nothing was going to stop me.” 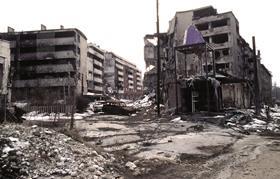 On board: Hodzic left Sarajevo in 1994 and later joined Starboard, which has schemes in Wetherby and Edinburgh

The only way to leave the country was to cross UN controls. He scrambled across the runway at night with a bag of clothes and planned to hitch a lift to Croatia, where he could fly to the US.

“Now came the really bad luck,” he says, without a trace of irony. “At around 3 am, they announced that war had broken out in Croatia. I couldn’t go back and I couldn’t go forward. So I headed to the mountains, where I knew my friends were in the army.”

He was “adopted” into a 22-man unit in the Bosnian army, where he fought, ill-equipped, for eight months, “until everything, including the mountain, was blown up.

“It was difficult. I would play cards with a guy in the evening, and the next morning, he would be dead.”

He then returned to his parents in Sarajevo who, until this point, had not known whether he was still alive. He applied for a civil engineering scholarship in Turkey in 1994. The army consented, on the basis that he would one day return to help to rebuild the devastated country.

En route, he decided he did not want to take up the place and booked an appointment at the British consulate in Zagreb. He obtained a tourist visa and flew to join his brother, who lived in London, before successfully seeking asylum to stay in the UK. He began a business management course, moonlighted at hotels and did handiwork for landlords.

“During this time I met some of the most important people in my life, namely Paul Callingham [managing director of Starboard Hotels] and Anton Curtis, with his father Yuri, at [parent company] Roselodge … I learnt so much about property. Deals were happening and it was mesmerising.”
After three years he enrolled at Guildhall College, where he majored in corporate finance.

“Anton and Paul knew education was important to me, and were very supportive of my decision.”

Upon graduating, Hodzic sent his CV to all the FTSE 100 companies: “The third that replied started, ‘we regret to inform you …’

“I returned humbly to Paul and Anton. We had kept in touch since I left. I asked them whether they could introduce me to companies. They paused and said, smiling: ‘Are we not good enough for you now?’”

He was hired as Starboard’s finance and business director on the Friday and started on the Monday.