The proposals in the Corporate Insolvency and Governance Bill were first laid out back in 2016, but the bill’s passage was delayed as Brexit negotiations took precedence. 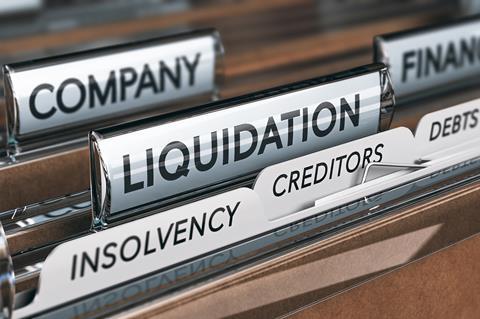 Balance of power: the Corporate Insolvency and Governance Bill will change the landlord-tenant relationship

However, the fallout from the Covid-19 pandemic meant insolvency laws needed to be re-examined, and as a result the bill has been fast-tracked as part of emergency legislation and is now in the committee stage in the House of Lords.

According to legal experts, the Corporate Insolvency and Governance Bill will fundamentally change how discussions between landlords and tenants take place in the future. So, what exactly does the bill entail and how will it affect commercial property stakeholders?

The revised bill has temporary and permanent elements to it.

“First, it features Covid-related reforms, and in particular the restriction on winding-up petitions linked to the immediate issues caused by the pandemic; and second, [it’s] a collection of some long-heralded changes to the current insolvency regime that have been under discussion for a long time,” explains Chris Stevenson, partner at Linklaters.

Weapons are being removed from the armoury of landlords

Paul Tomkins, partner at Freeths, counts seven main provisions across the two distinct parts of the bill, and the provision he singles out as the most interesting is the temporary restriction on winding-up petitions.

The amendment essentially removes some of the pressure that creditors can apply, which can lead to the liquidation of a company. Previously, a written warning, called a ‘statutory demand’, could be used to tell tenants – in the case of commercial property – that an application to the courts could be made if the company did not pay its debts.

“It’s the swiftest and most effective means of bringing a tenant company to the table if it has the wherewithal to pay,” says Katherine Campbell, head of the real estate disputes practice at Reed Smith.

“It’s a big stick for the corporate landlord, because that’s the end of the corporate tenant,” adds Irwin Mitchell partner Tom Paton. “It’s the nuclear button and thus when landlords press that button, if the tenant possibly can pay it usually does.”

Campbell says the bill has effectively adjusted “the balance of power between landlords and tenants, now that weapons are being removed from the armoury of landlords”. That’s because the bill temporarily prohibits the presentation of winding-up petitions after 27 April, based on statutory demands served between 1 March and 30 June 2020. The process can no longer be used to apply pressure to tenants, and it offers them some headroom during the pandemic.

“What they’re doing is trying to give tenants a bit more breathing space to ensure that they can get their businesses back up and running without the threat of a trigger-happy landlord pursuing an insolvency process,” explains Freeths’ Tomkins.

The bill is expected to become an act around 23 June. However, when the government unveiled its plans for the bill back in April, it suggested it would work retrospectively. This has left the industry in what Paton describes as a “bizarre no-man’s land” for the time being.

“At the minute, any [winding-up] petitions that were presented at court going back to 27 April, and/or if the petition is based on a statutory demand served on or after 1 March, in theory, you can’t proceed any further with them until the legislation is enacted, and [you] will then need to prove that the debtor is unaffected by Covid, or wouldn’t have been able to pay the debt anyway,” adds Paton.

As a result, the recent approach taken by the courts has been not to allow petitions to continue, even though the bill has not made its way through Parliament.

The only certainty in this uncertain climate is that for landlords that are foregoing rent, the amount due is accumulating. “It’s definitely kicked the can down the road for probably more than 95% of all winding-up petitions,” says Paton.

One of the permanent changes is the introduction of a moratorium for companies that need to pursue a rescue plan. 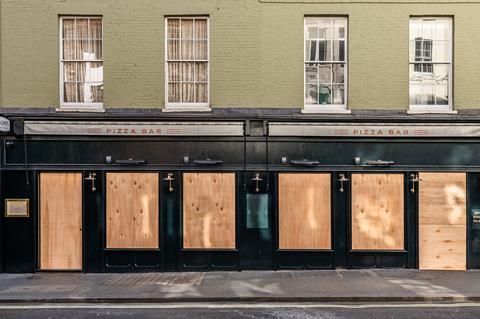 Shutting up shop: fallout from the Covid-19 pandemic has pushed insolvency to the top of the agenda

“The government is introducing a suite of new restructuring tools, which will sit alongside the existing processes such as administration and liquidation,” explains Alison Hardy, partner at Ashurst.

“The bill will introduce a standalone temporary moratorium that companies can file for, to get breathing space from their creditors while they consider options for a rescue or restructuring,” she says.

This moratorium works a bit like a 20-day forcefield around the company, which is easily extendable. It requires a licensed insolvency practitioner to say that a rescue of the company is likely. Once granted, it creates a payment holiday in relation to certain creditors, which excludes landlords.

A new restructuring mechanism is also being introduced among the permanent measures of the bill. It has elements of two pre-existing arrangements – the scheme of arrangement and the CVA – but picks certain elements of these to create a new system.

“It’s similar to a scheme in that it is a court process and you have different categories of creditors, each of which has to approve the arrangement,” says Hogan Lovell’s head of real estate disputes team Mathew Ditchburn. “But the significant difference is that the court can ‘cram down’ any class of dissenting creditors.” This means that if all the other creditors approved the arrangement but, for instance, the landlords voted against, then the court can still impose it on them. “Unlike a CVA, with this new arrangement a company can also compromise secured creditors like lenders,” he adds.

Although the rationale behind introducing the bill was well-intentioned, Freeths’ Tomkins is concerned about the potential repercussions.

The court can ‘cram down’ any class of dissenting creditors

“The knock-on effects are potentially huge,” he says. “I would not be surprised if we see landlord companies go to the wall.” With June quarter day looming large, Tomkins thinks there could be some nasty surprises in store. “We are potentially going to see rent not paid on a never-before-seen scale,” he adds.

Campbell agrees, adding that many landlords will reluctantly have to accept that “they haven’t got any legal teeth left other than issuing county court claims for rent”.

Despite the fact the bill has not yet progressed through the House of Lords to become an act, the ripple effects are already being felt by the property industry. And unless the government offers greater safeguards for all parties, Markus Klempa, managing associate at Stevens & Bolton, thinks the bill will ultimately fail.

“While legislative tweaks might help to encourage parties to work together to reach a compromise in the short term, unless substantial financial or legislative support is given to help both achieve longer-term security, these measures are unlikely to offer landlords and tenants lasting relief.”