Paris mission for our Reading students 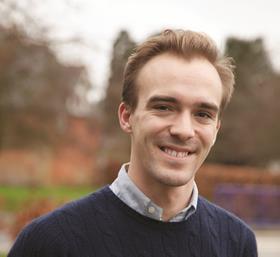 The University of Reading field trip this year was to Paris. The assignment for the trip was to find three properties in or outside the city suitable for a core, value-added or opportunistic investment, depending on the investment strategy of your group.

Classmate Edward Green and I were tasked with finding opportunistic investments in the City of Light.

After arriving in Paris on a cold Sunday in May at 13:47, we left for Pavillon de l’Arsenal to try to get an understanding of Paris as a city. Pavillon de l’Arsenal is the centre for information, documentation and urban planning and holds a permanent exhibition alled “Paris, a City in the Making”.

We explored the city by “flying” over it using a “Google Earth”-based digital model shown on a 37 sq m screen made up of 40 widescreen TVs.

The real field trip work started the next day. First, we visited the area of La Défense. This was followed by an afternoon lecture held by Maurice Gauchot, president of CBRE France, and colleagues. Their focus was the redevelopment of the Renault factory site in Boulogne-Billancourt, which I found truly impressive.

Before any investment is made, an investor needs to learn about the economy and market and that is what we did on Tuesday at the Holiday Inn in Porte de Clichy. The speakers were: Magali Marton, head of continental Europe, Middle East and Africa research at DTZ; Hamad Nazim, research analyst at PPR France; Aurélie Lemoine, head of research at CBRE; and Janet Stewart from capital markets at CBRE.

I found the lectures to be vital in order to carry out the assignment given to us. It did, however, become clear to me that finding an opportunistic property within the borders of Paris would be challenging to say the least.

Wednesday further introduced us to the Paris market and its key players.

Unlike Wednesday’s rather traditional “listen and learn” approach, Thursday was spent visiting the Challenger project in Saint-Quentin-en-Yvelines, followed by a visit to a Haussmannian-style CBD office building. In the evening, we had dinner at Le Viaduc Café with some of the speakers from the earlier lectures. This was a great opportunity to get some inside information for our assignment.

Friday, we explored out-of-town business park Parc des Barbanniers. I suspect this was meant to show us a more opportunistic investment approach, unlike Thursday’s CBD properties.

This assignment helped me to further develop skills in market and investment analysis by applying already known skills to a foreign market.
Although it seemed hard to find opportunistic investments at first, I think we did a good job by presenting development projects in Saint-Denis, Noisy-le-Grand and Issy-les-Moulineaux.