The UK government is unleashing plans to extend permitted development rights (PDR) through reforms to the use classes order, offering building owners and real estate developers the opportunity to change uses without making a full planning application. 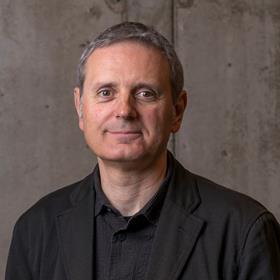 These proposals will see our planning permission-led system replaced by a US-style zonal one, in which the voice of locally elected council members will no longer be heard. Local community consultations will be curtailed for individual applications as the prescriptive requirements of a zonal plan and will no longer require engagement with local communities. This is national government enforcing policy from on high, leaving local politicians and community stakeholders without a voice. Essentially, this is the removal of an entire layer of debate, representing the biggest transfer of power from the public to the private sector in more than 70 years.

However, the underlying issues are more nuanced. The reduction in local authority capacity has been caused by persistent, long-term underinvestment by successive governments, resulting in a reduced capacity and an inability to retain the best talent. This erosion of the planning process, initiated by the Thatcher government, has resulted in a purely reactive procedure rather than one that leads by example. Government has, in part, framed its argument by pointing at local government’s failure to respond effectively and efficiently. The fact of the matter is that the government’s austerity plans and failure to see the value of our local representatives is at the heart of the problem.

At this time of crisis, when government money is helping to keep our institutions and businesses afloat, funding planning authorities is not going to be an immediate priority. As such, radical structures to help fund an improvement in local governance should be considered. Land value capture has long been touted as a way that communities and landowners might benefit from uplift. The planning system could draw down funds from each qualifying development to help improve local governance. This approach would benefit communities by providing tangible improvements. for example infrastructure and community facilities. Similarly, an additional land value tax aimed at funding the planning system would ensure that local democracy is supported and encouraged.

The failure of the Localism Act 2011 to make significant changes to the overtly centralised decision making process in England illustrates how far we still need to go. The government is not taking this issue seriously, and its thinking on PDR and zonal planning shifts the suggested reforms further from a decentralised model.

We are promised guidance through the preparation of design codes. Who will prepare the documentation for every potential development opportunity? Design codes will have to address unique local conditions, which would be best written by those who understand statutory structures, such as planning officers in local authorities. However, who is going to fund such an enormous undertaking? It will take time to produce the legislation, which this administration may not have within its current term. This could result in bringing greater uncertainty to the market for a longer period, which the industry does not need during these challenging times. The complexity is yet to be revealed and no amount of ‘Boris bluster’ will hide it. There will be a backlash across the house as local autonomy is as close to the hearts of Tories as to the Labour Party. Remember, it was the grass roots of the Tory party that brought Johnson to power. The prime minister’s own party may well bring him to heel.