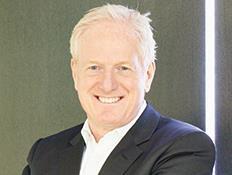 Good planning in a broader sense requires specific powers and responsibilities at a local level. Unfortunately, with local authority funding in decline, both individual planning applications and strategic development generally are in danger of being adversely affected.

The worry for the development industry is that the pressure on budgets will inevitably lead to further depletion of resources for local planning departments at a time when the number of applications is on the way up. The situation is bound to undermine to some extent the government’s plans to fuel economic growth through greater construction activity. The government would say that local authorities should be funding planning departments through increases in business rates and the New Homes Bonus. But these benefits have yet to filter through.

Planning authorities can of course help fund their response to major planning applications through planning performance agreements. Having been involved in a pilot for this initiative and been a devotee ever since, I believe they are still an underused and misunderstood instrument.

Perhaps another measure that could assist is the decentralisation of planning application fees. This could give authorities the flexibility to charge in accordance with the size of the scheme and the market conditions in their area. This has been promoted in Westminster, but so far without success.

However, the change that has disappointed me the most in my career is the abolition of local business rates. Just 1.7% of taxes come from local and regional tax, yet the OECD average stands at 8.8%. Even council tax, the only locally raised levy, is controlled by central government. This not only affects local authority finances but reduces power and ownership in important local decision-making.

London now benefits from the establishment of the Greater London Authority and the mayor, yet only 7% of tax paid by London residents and businesses is retained locally; the equivalent figure in New York is 50%. The London Finance Commission, set up by Boris Johnson, argued the ability to set an array of taxes locally would substantially increase financial resources, benefitting both development and the local economy more generally.

The Autumn Statement clearly indicated that the chancellor has no intention of giving any tax-raising powers to local authorities anytime soon. However, with the election coming up and Boris becoming an MP and possibly taking a contrary view inside the party, the prospect of fiscal devolution is far from dead.

Stuart Robinson is chairman of UK planning at CBRE