As local councils are forced to tighten their belts, they are increasingly looking at raising cash through new funding mechanisms implemented through the planning process. 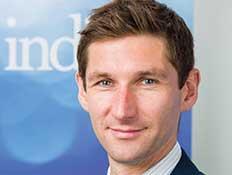 One is through ‘pooled’ contributions to infrastructure funding under Section 106, but a recent appeal decision has called this approach into question and will force a rethink by many local authorities.

Earlier this year, our client DTZ Investors’ application for a mezzanine floor at Thurrock Shopping Park was refused by Thurrock Borough Council. The sole reason for refusal was a failure to pay £56,600 toward transport infrastructure improvements in the local area. The payment was requested under a Planning Obligations Strategy - a document produced by the Thurrock Thames Gateway Development Corporation and adopted by the council as an interim measure until adopting a Community Infrastructure Levy (CIL) schedule.

The application was not refused on highway safety grounds. This was crucial as it confirmed that the sum was not required for any specific purpose related to the development itself; rather, it was simply a levy on new floorspace of £50/sq m, to be dropped into a general fund.

This approach could not possibly comply with the tests for planning obligations, which require them to be necessary to make the development acceptable, as well as directly related to the proposal and of an appropriate scale. As the inspector noted, the link between the high-level Planning Obligations Strategy and the relatively small-scale proposal was tenuous. Pooled contributions generated by reference to a standard formula simply cannot serve the purpose of a planning obligation, which is to remedy specific impacts of a proposal to make it acceptable.

If Thurrock council had an adopted CIL schedule the payment would have been legitimate, but a CIL-like levy applied using Section 106 is not. The two systems, while superficially similar (they both transfer money from applicants to local authorities) are, applied very differently. The inspector agreed, allowing the appeal and making a full award of costs against the council.

The case highlights the importance of applicants fully understanding the basis of any monetary request, not only to avoid paying unjustified amounts, but to make sure their planning consents are not vulnerable to legal challenge. Had our client simply paid the money to move forward quickly (as others have), a hostile party could have had the decision quashed by the courts. For many applicants, this will be a bigger concern than
the money itself.