Three miles from the sleepy Scottish town of Culloden lies an empty field where the final battle of the Jacobite Rising took place. This year it was the site of a very different battle, one that could have far-reaching implications for planning. 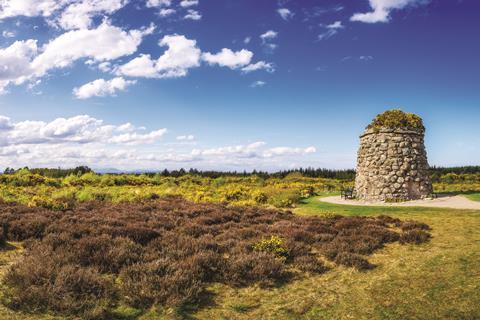 Historic defeat: rejection of housing scheme on Culloden battlefield was overturned at appeal

Just over six months ago, Culloden locals lost their fight with developers over permission to build 16 homes on the historic battlefield site. The local council had refused to grant the developer planning permission, but the Scottish government overturned this decision after the developer appealed.

Far from ending the issue, the fallout from the Culloden Battlefield decision, and several other similar decisions, has ignited a war in the Scottish Parliament over whether or not members of the public should have the same say as developers. In other words, should any member of the public be able to appeal any planning permission decision?

It is a right that the Irish, Swedes, Danes and Kiwis already enjoy and Scottish Labour and the Scottish Greens believe Scots should have as well in the wake of the Culloden Battlefield decision.

Unfortunately for them, amendments to the Planning (Scotland) Bill proposed by Scottish Labour and the Scottish Greens, which would have granted the Scottish public third-party equal right of appeal (TPRA), were voted down in Holyrood earlier this month during debates on the bill.

“It is one of those things that comes round from time to time, gets a bit of political momentum and then goes away,” says Samuel.

Just as in Wales, the Scottish Parliament debate resulted in a decision against TPRA. Samuel expects that this is the last we will hear of the cause for a while. “My guess is that it won’t go anywhere,” she predicts.

Cat among the pigeons

Monica Lennon, the Labour MSP who put forward the TPRA amendments to the bill, disagrees. She believes the recently published final draft of the Raynsford Review of Planning could set the cat among the pigeons by backing local rights to challenge development.

In May, the interim Raynsford Review questioned whether British citizens were guaranteed TPRA due to their human right to participate in decisions that affect their environment. This is one of the three core human rights of the Aarhus Convention, which the UK signed up to more than 20 years ago, and Lennon imagines the final report could spark a lot of discussion about the question of a community’s right to appeal.

Raynsford’s query about the Aarhus Convention also echoes an anxiety from Professor Geraint Ellis’s 2004 paper on TPRA, in which he suggested that the absence of TPRA could fly in the face of the European Convention on Human Rights. “These issues have not been finally resolved,” he wrote.

With so much political and legal baggage attached to the issue, Anthony Aitken, head of planning at Colliers International, is unsure whether Scottish Labour and the Scottish Greens’ defeat in Holyrood is the end of the conversation. He is a strong opponent of TPRA and claims that this latest attempt to introduce it into the British planning system had him particularly concerned.

“Our feeling was that some form of TPRA would carry and that was exceptionally worrying,” he recalls. “We’re not out of the woods yet,” he adds.

Indeed, Scottish Labour and the Scottish Greens will have another chance to try and introduce TPRA when the Planning (Scotland) Bill goes through its stage-three debate – the final opportunity for MSPs to propose amendments to a bill. This is expected to take place in April. Aitken believes amendments are unlikely to be passed after already being rejected at stage two – but it’s not impossible. 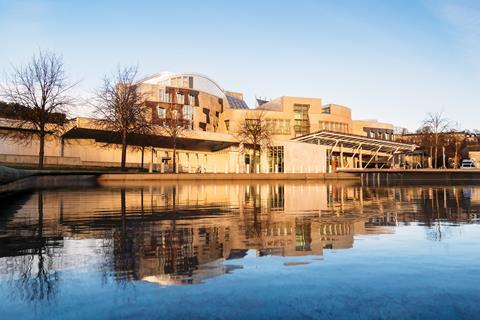 Key vote: Scottish Labour and Scottish Greens have another chance to introduce TPRA in Scotland in April

Lennon hopes TPRA could be introduced at stage three, but she says a lot depends on the Scottish Conservatives, who abstained from voting during stage two. “Labour, Green and Lib Dem votes in favour of reform won’t be enough. It hinges on the Tories and a few rebels on the SNP benches, although none are confirmed so far,” she says.

If the vote does go Lennon’s way, it could well mean that TPRA becomes a reality in Scotland. For Aitken, that prospect is a daunting one and he’s hardly alone in his views.

A joint statement signed by representatives from the Royal Town Planning Institute Scotland, Homes for Scotland, the RICS and several others condemned Scottish Labour and the Scottish Greens’ plans.

The concern from those who oppose TPRA is that it slows down the planning system, introducing more red tape in the development process at a time when the UK government has promised to build 300,000 homes a year. “It would act as a disincentive for investment,” says Aitken.

He blames a minority of people who have been affected by “balanced” planning decisions for trying to “thwart all development in the country”. “The consequences economically could be catastrophic,” he argues.

In its defence, TPRA’s proponents claim that it makes the planning system fairer and more democratic. In the past, Lennon has called the amendments a chance to “level the playing field”.

Just as there is a joint statement opposing the introduction of TPRA in Scotland, there is also a joint statement from more than 70 community and environmental groups supporting it. This includes the Royal Society for the Protection of Birds, the Scottish Wildlife Trust, Friends of the Earth Scotland and Planning Democracy, to name a few.

Clare Symonds, chair of Planning Democracy, says the assertion that TPRA stymies investment is not supported by evidence. “Countries that have forms of equal rights of appeal, like Germany, Sweden, Ireland or Australia, are not uncompetitive; countries that have weak planning systems, where developers can virtually do what they want, are the uncompetitive ones,” she contends.

But Aitken doesn’t think that any part of the UK should be basing its decision to implement TPRA on its success in other countries because he argues that the UK economy is bigger and more internationally competitive than those countries.

A major exception to this argument is Germany, which gives its citizens TPRA. Aitken’s riposte is that Germany’s mixed-use zoning system means developers already have a guiding principle for what they can develop and where. Consequently, he argues, third-party appeals are much less likely than in the UK, where there is no zoning system to guide developers.

Linklaters’ Samuel concurs, adding that the British mentality is also part of it. “We have a history of Nimbyism in this country,” she explains.

Nevertheless, she is sympathetic to those who want TPRA, admitting that the British planning system can look unfair. “But when you scratch beneath the surface, you see that it is fair,” she adds, pointing out that neighbourhood planning in England already gives many local people a much louder voice in the planning system than is the case in other countries.

Scotland, however, does not have neighbourhood planning. And while Samuel believes that UK-wide TPRA would be problematic, she acknowledges it could work in Scotland. Aitken strongly opposes this idea, emphasising the similarities between the two constituent countries.

Although Samuel asserts that the introduction of TPRA in Scotland would be unlikely to lead to TPRA in England, planning experts south of the border are likely to be keeping an eye on the Scottish Parliament anyway. England’s neighbour to the north might be about to embark on one of the biggest changes to its planning system since the 1940s. The Culloden protestors lost the battle but, unlike the Jacobites, they haven’t lost the war yet.