In November 2020, the government published its ‘Ten Point Plan for a Green Industrial Revolution’ (TPP). 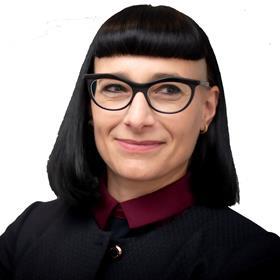 This came hot on the heels of a white paper that, back in August, promised “radical [planning] reform unlike anything we have seen since the Second World War”. But can the most radical of planning reforms make good on the TPP’s promises?

As things currently stand, I think not – at least not within the TPP’s 10-year timeframe.

TPP Point 1 – “40GW of offshore wind energy is to be produced by 2030”: given that it takes 18 to 24 months to obtain a development consent order for a 1GW to 2GW farm, 30GW of projects would need to be consented practically simultaneously, starting now. Because when you add in land assembly for onshore grid connection, planning permissions for (also promised) new ports and manufacturing facilities, and transport infrastructure, plus the practical hurdles of design and construction, we begin to realise what a truly Herculean task this is.

TPP Point 4 – “Accelerating the shift to electric vehicles”: by 2030, the TPP “expects” a network of 2,500 charge points to be installed on England’s motorways and major A-roads. It also calls for the installation of more on-street charge points near homes and workplaces. But retro-fitting charging infrastructure into existing streets and towns on the scale required to make this transition work requires the navigation of a jungle of planning red tape, upgrades to local electricity distribution networks, consents from statutory undertakers, licences from highways authorities, planning permissions and landowners’ rights.

The list could go on. So, can the newly revolutionised planning system deliver the government’s ‘green industrial revolution’? The answer is ’probably not’ – unless one revolution sits down with the other and they have a serious chat.