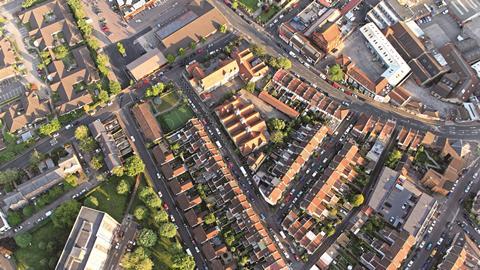 Damning report on neighbourhood plans calls for overhaul of system

Lack of resources and poor understanding of the system mean that neighbourhood plans are not working, study finds.

When the government introduced neighbourhood plans as part of its localism agenda back in 2012, the intention was that skilled local people would step forward and create plans that the community, businesses and local government could get behind.

The reality has been very different. Without proper support, neighbourhood planners have been left struggling to understand and get to grips with the planning process. Consequently, the entire neighbourhood planning system needs a rethink, according to a new University of Reading report by Professor Gavin Parker.

Parker says the Ministry of Housing, Communities and Local Government (MHCLG) might be “quite embarrassed” by the report. It is a damning assessment of neighbourhood plans and many in the industry agree with its findings.

While Parker is by no means the first person to criticise the neighbourhood planning system, he is perhaps the most authoritative, having spent the past few years researching the subject and written two previous reports on the topic, in 2014 and 2016.

According to Kim Cohen, partner at Barton Willmore, Parker’s latest work confirms that many of the private sector’s concerns about neighbourhood planning are legitimate.

A MHCLG spokesperson told Property Week that £23m of this money has been paid out since 2012. However, Lachlan Robertson, planning partner at Carter Jonas, calls this funding “utterly insufficient”.

A further issue is that local councils’ duty to support neighbourhood plans has not been explicitly spelled out. Parker worries that because of this ambiguity, the low-income areas that most need support are failing to get it.

According to the report, this lack of clarity on councils’ duty to support neighbourhood planners is likely to be the reason many of those involved in neighbourhood plans do not know how local councils are spending the £30,000 of government money.

Colin Campbell, head of strategic land at housebuilder Hill, thinks the issue is a lack of transparency. “I’m not sure how they are spending that money either,” he adds.

Alex Lifschutz, partner at Lifschutz Davidson Sandilands, believes it is possible that the money is not being used on neighbourhood planning at all, especially with local councils so strapped for cash after years of austerity. “If the money has disappeared anywhere, it’s probably being used to plug up a deficit,” he says.

If the money [for neighbourhood plans] has disappeared, it’s probably being used to plug a deficit

Tony Burton, convenor at Neighbourhood Planners London, agrees. “There are no guarantees that money is being spent on neighbourhood planning,” he says.

Lifschutz and Campbell both agree that proper government investment in neighbourhood planning could solve this issue. However, with the government so tied up with problems such as Brexit, police cuts and NHS funding, neither thinks this is likely to happen any time soon. 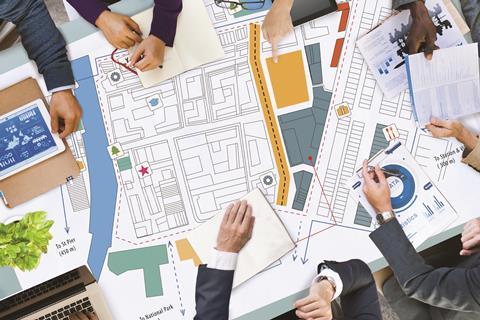 Neighbourhood planning was supposed to be one of the Conservative government’s flagship ‘Big Society’ policies. It was envisioned that allowing ordinary people to craft planning policy would allow the government to stand back from the process.

This is perhaps because 50% of respondents polled for the report said creating a neighbourhood plan was harder than they had thought it would be. Lifschutz believes this should come as no surprise. Without expert help, he argues, even the most eager local politician would struggle to make sense of the English planning system.

The report also indicates that neighbourhood planners struggle to gather the evidence needed to back up their plans: How should it be gathered? Where should it be sourced from? What counts as legitimate?

Hill’s Campbell questions how often bad evidence gathering is an honest mistake and how often it is being used to push an agenda. As an example, he points to the report’s recognition that leading questions have been used in some cases to gather evidence.

Paul Smith, managing director of Strategic Land Group, believes this issue “goes to the heart of the problem with the neighbourhood planning system”. He adds: “Local residents get into it thinking it’s about putting their opinions into a planning document. Actually, it’s not.”

Campbell argues that the need for transparency goes both ways. Without scrutiny, neither local politicians nor neighbourhood planners can be expected to be infallible.

Even if the people creating a neighbourhood plan manage to get their heads around all of the intricacies of the planning system, the report highlights another problem they face: England’s planning system is constantly changing.

For neighbourhood planners, the switch from one local plan to another, the introduction of the National Planning Policy Framework and the cavalcade of new housing ministers make the process of planning even more confusing.

This confusion breeds inconsistency. Consequently, when asking for advice, neighbourhood planners say they are told different things by different people at different points. To solve this, the report suggests that there should be “a single, authoritative source” of information.

However, Carter Jonas’ Robertson disagrees with this approach. He argues that the neighbourhood planning system needs to be flexible because it has to cope with areas with population ranges from 350 to 30,000.

While recognising the need for flexibility, Barton Willmore’s Cohen still wholeheartedly endorses the report’s call for a single source of information, adding that planners should be able to adapt the same information regardless of the population they are planning for.

Smith believes there is a simple solution to this and every other problem highlighted by the report: “Neighbourhood plans should be scrapped.”

He adds: “The report highlights massive conflict throughout. On the one hand, neighbourhood plans are too complex for local people to formulate or implement. On the other, businesses don’t find them robust enough.”

Parker is more optimistic. He thinks neighbourhood plans can work, but for that to happen, the government needs to place emphasis on the quality rather than the quantity of plans completed.

He argues that it is impossible to know whether neighbourhood plans are working in the way the government intended because it “hasn’t provided any indicator of success for neighbourhood planning”. Instead, it has focused on counting the number of plans made.

Parker argues that this is misguided because it sheds no light on the quality of the plans or whether they were superseded by local plans. “We need to judge neighbourhood planning more robustly and be more honest about how it’s proceeding,” he concludes.

Few if any people have spent more time than Parker analysing and writing about neighbourhood plans from an objective standpoint. But the crucial matter is not whether his recommendations will be heard; it is whether they will be followed.