Do developers have power to meet EV charging regulations? 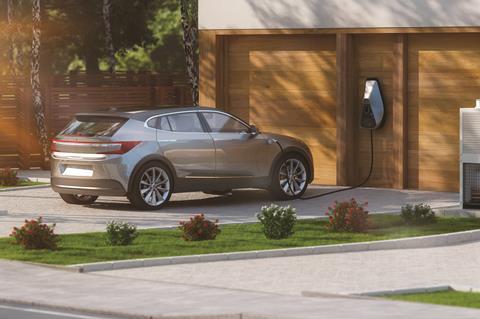 Charging ahead: new legislation will require developers to provide more EV charging points from this June

The move ties in with the government’s goal to transition from petrol and diesel vehicles to electric vehicles by 2030 and is part of its strategy to reach net zero by 2050. But what will the legislation mean for the property industry?

The rules also state that non-residential buildings, including those undergoing major renovation, with more than 10 parking spaces must have a charge point and cable routes for one fifth of the total number of spaces.

While this sounds like a hugely positive environmental step, experts note that many issues still need to be addressed, the biggest being the cost and impact on the power grid of connecting so many EV charging points to the network.

“We have such a constrained grid in the UK and EVs require a greater draw on the grid than an ordinary dwelling,” says Connolly.

Chris Paul, partner at Trowers & Hamlins, says this translates to higher grid connection costs, which presents a huge challenge for the sector.

“The problem for larger schemes is the cost of securing the increased electricity capacity,” he says. “The sector needs to cope with the additional connection costs for schemes. That means more substations, more cables and probably developers paying more money for necessary grid upgrades.”

However, both Connolly and Paul doubt the practicality of such exemptions. “How does that £3,600 cap play out in reality? It strikes me that £3,600 is quite a low threshold, with the risk that too many developments are exempt,” says Paul.

Connolly believes the solution would be to undertake various upgrades to the grid, such as deploying battery storage technology, which allows energy to be released back to the grid when needed. 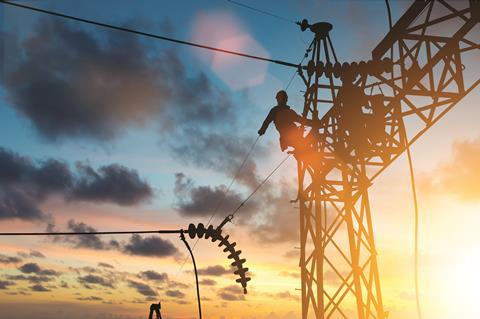 Power point: upgrades to the grid may be needed to meet power requirements of more EV charging points

However, she questions whether the present UK grid is capable of accommodating such changes, stressing that this needs to be addressed as part of the detail of the legislation.

Upgrading grid connections is on the government’s to-do list, as evidenced by National Highways’ plans to invest £11m in battery energy storage systems at service stations.

However, Rory Bennett, associate and real estate ESG lead at Linklaters, says this all looks very attractive when examined in isolation, but the government’s proposals are less than sufficient.

“This is the tip of the iceberg,” he says. “The government legislating charging points isn’t going to tackle the wider critical issue of the infrastructure that needs to be in place.”

Others think the government may be putting the cart before the horse. “Technology is moving very quickly,” says Paul. “Requiring developers to install active charge points for a customer that may not get an EV for another 10 years seems wasteful, as it is likely that the charge points will be obsolete by the time they are needed.”

He suggests that the focus should instead be on installing cables and ducts in every home and ensuring every parking space is enabled for EV charge points.

Another issue the government needs to address is the challenge of retrofitting existing buildings as tenants of residential buildings may need charge points installed in the future.

He points out that landlords may struggle to recover these costs from tenants, and that government grants and incentives are essential to help fund the cost of electricity infrastructure.

This may mean new substations and upgrading the network

He clarifies that these financial incentives need not be for the charge points.

“This should be focused on upgrading grid capacity and the cost of new connections and substations necessary to meet the increased power demand.”

On the cost of retroffiting, Rob Hughes, head of built environment at EV charging provider Pod Point, says there is already support for those who may want to improve an existing property, as the government has said it intends to give a £30,000-per-property grant to retrofit blocks of flats.

Separately, under the new requirements, the government has set the minimum for charge points at 7kW both for residential and commercial buildings. However, experts say that this power level does not provide a rapid charge.

Hughes agrees with the government’s standard, noting that rapid charges need more power and bigger substations. However, he disagrees that there needs to be a lot of rapid charging facilities out and about in public, noting that an overnight charge at home is sufficient.

But others including Connolly, herself an EV owner, says this presents challenges for EV owners who may have to charge away from home.

“There’s a distinction here between the speed of charging at home, which can be generally overnight, and those in offices, where you may need a different speed of charging. What is the UK going to do in relation to all those people who can’t charge at home?”

Of course, not every home has a parking space, and Paul notes there is a need to develop better access to charging infrastructure in commercial areas, with higher-specification fast and rapid charge points picking up the shortfall.

To conclude, experts believe that while the EV charging legislation is a step in the right direction, the government needs to adopt a much more holistic and detailed approach.

“Let’s get the detail properly mapped out so that this is a real success, rather than set something up that then doesn’t work in practice,” says Connolly.

Bennett agrees: “It’s a good first step, but the government needs to address many other issues if this is a key part of their policy in transitioning to cleaner fuels, which will also assist them in fulfilling the net zero carbon strategy. It’s going to have to take more than just flashy headlines and a few charging points here and there.”