Driverless cars could transform cities for better and for worse 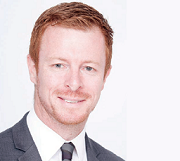 Not only are they a realisation of the Jetsons-like future we aspired to as kids, but they have the potential to cause huge change to our lives and to the places we live, especially our cities.

Plenty of car manufacturers are working on developing autonomous systems, with BMW, Ford, Volkswagen and Toyota all aiming to have fully automated cars available to the market by 2021. The take-up of such cars will follow a slower trajectory; it is inevitable that it will take time for us to fall out of love with driving. Someone who forks out £80,000 on a Range Rover does so because they enjoy driving it and being seen driving it.

Perhaps the most exciting prospect from a town planning perspective is the potential for autonomous pods that are in near-constant circulation in towns and cities.

The potential is that rather than one car taking one person to work and back each day, an autonomous pod can fulfil hundreds of bespoke door-to-door trips per day. This would reduce the numbers of cars on roads, cutting congestion, making roads and their peripheries more hospitable and decreasing the need for parking spaces. 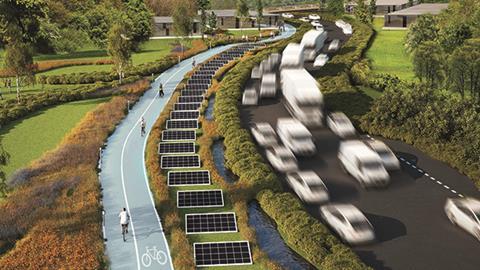 Motorways could be used in different ways with autonomous cars

It is estimated that around 8,000 ha of central London is occupied by parked cars. Freeing up that space would mean urban kerbside parking bays could be landscaped and pedestrianised for a better public realm and car parks could be developed for other uses. Some edge-of-centre car parks would need to be converted to hubs for the autonomous vehicles to recharge and be maintained, but the potential net gains in space are enormous.

There are, of course, potential downsides to an autonomous revolution. Many out-of-centre shopping centres, for example, could become white elephants as the need to drive to them and park conveniently diminishes. The sites could, of course, be developed for housing or retained as vehicle hubs, but there remains a potential issue in the medium term.

And as with many technological revolutions, the impact on jobs needs to be considered. Millions of jobs are created by the need to drive cars and lorries. Even a world of fully autonomous vehicles would require an army of people to maintain them, but it is likely that only a fraction of the current driver workforce could be retained in such an industry.

So as much as I look forward to being collected at my door and dropped at my office by a snazzy electric car, I wonder if the transition will cause more bumps in the road than we can adapt to.

Grant Leggett is a director and head of London at Boyer