The latest figures on construction output from the Office for National Statistics (ONS) show that the industry suffered quite badly over the winter. 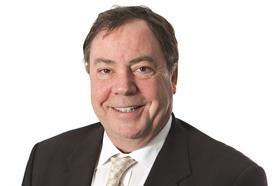 Output in the three-month on three-month series fell by 3.4% in April and total new orders decreased by 4.6% across the industry in Q1.

This is the biggest fall since the latter stages of the recession in August 2012. The so-called Beast from the East cold weather snap played a part, forcing many construction sites to close in March. The drop in construction output can also be attributed to construction firms’ rising costs.

Wages continue to increase because of the sector’s acute skills crisis and firms are also feeling the pinch thanks to increased material prices.

The depreciation of sterling following the Brexit vote has made bricks and insulation in particular more expensive. A recent survey showed 84% of builders believed costs would keep rising in the next six months.

The construction sector is heavily reliant on accessing an EU labour supply with more than 8% of construction workers coming from the EU. So it is about time the government told us what our options may be after Brexit. We cannot operate in this zombie economy indefinitely.

Netherlands have the answer?

Perhaps the answer lies in the Netherlands, where contractors in Eindhoven have come up with a novel way to beat the lack of bricklayers by using a new 3D printer to produce houses. The city is set to become the first in Europe to manufacture homes in this way when the first of the two-, three- and five-bedroom houses for rent come off the printer next year. 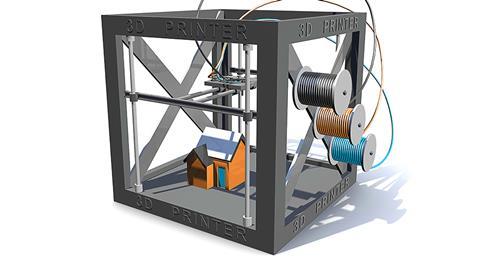 Are 3D printed houses the future?

The new construction method, developed in a collaborative project between Eindhoven University of Technology and Dutch contractor Van Wijnen, apparently cuts costs and environmental damage by lessening the amount of cement used. The cement is ‘printed’ to an architect’s design, building layer upon layer of the compound to create new walls and improve strength. The printer is a large robot with a nozzle on the end of an extruder that squirts out cement from an offsite plant to create the exterior and inner walls. These are transported to the site, but printing of mechanical, engineering and drainage components will take place on site.

Technology is undoubtedly revolutionising the construction of the built environment in remarkable ways. But while this innovative house printing method is emerging in the Netherlands, the latest ONS numbers show that here in the UK, we are not yet at the stage where we can do without tradespeople and their shortage is costing time and money. The sooner government realises this and gives us some direction the better we can manage.