Previous governments took policy decisions to support a third runway at Heathrow. What is different this time around, apart from a different decade and the fact that MPs have voted in the House of Commons? 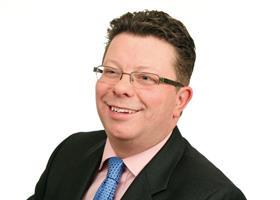 Firstly, the impacts of a third runway have come under much more scrutiny - health impacts look particularly worrying. More money is therefore likely to be spent on compensation and mitigation than had been put forward previously. At the same time, because the impacts have been under great analysis, the benefits have to be bigger than before and nationalised.

The offer of enhanced regional air transport links into the expanded Heathrow is important to attract votes from provincial MPs, and the offer of supply chain opportunities for materials to be produced across the country, and then assembled close to Heathrow, is a process to buy in the votes.

So what’s next? For those of us who have been around long enough to see our own footprints around the Terminal Five Inquiry, the delay, the risk, and the complexity all look familiar.

The government has won the vote in the House of Commons, despite concerns around noise and air pollution. But that’s one hurdle of very many.

What’s next for Heathrow airport?

The adopted National Policy Statement (NPS) can be challenged in the High Court - four local authorities have already indicated their intentions, together with Greenpeace, the Mayor of London, and the competing scheme from the Heathrow Hub company. A successful challenge to the NPS could result in the government having to re-consult and start all over again with another vote, and that could cost perhaps another year of delay.

The airport operator also needs to design the detailed R3 scheme - something it can’t do with confidence if the policy basis has been successfully challenged. In parallel to that design conundrum is the issue of funding from an airline community which has no wish to support such an expensive scheme.

Finally, the planning case itself. Even if the scheme is designed and promoted in detail by the airport operator, it will still need to be consulted upon and then debated at a series of public hearings. The report will then go to the government and the decision whether or not to go ahead with the scheme will be taken.

As exciting as it is to all of us in the development industry, let’s be realistic. Government’s NPS is a decision on paper; it’s not concrete on the ground.