How will reform of the pre-pack admin sale process affect businesses?

CVAs have monopolised industry headlines in the context of failing companies. However, in the meantime, the government has introduced reforms to the often-criticised process of a pre-pack administration sale to a connected party. 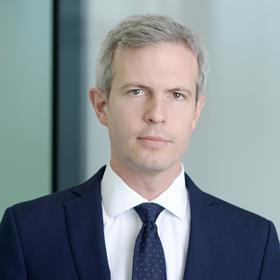 Despite the flag waving, it is not clear if this new regime will be any more successful than previous attempts at reform.

The recent reforms build on the previous introduction of the pre-pack ‘pool’ and now require that a connected sale has the approval of creditors or an independent evaluator. A key benefit of a pre-pack process is speed (to preserve the assets, good will, employees etc) and so seeking creditor approval is likely to take too long. The changes will stand or fall on the role and identity of the evaluator.

The requirement for an independent evaluator will allay some of the concerns held by landlords and other creditors, but scepticism about its efficacy has already arisen. For starters, the evaluator’s report is the connected purchaser’s responsibility and so there is a concern that there will be a degree of shopping for a favourable report and that more ‘commercial’ evaluators might be approached for approval.

This concern is exacerbated by there being no fixed qualifications to be an evaluator and no list of approved evaluators despite lobbying by the industry, and by the fact that the evaluator is paid by the connected purchaser. The administrator can also still proceed with the sale to the connected party even if neither the evaluator nor the creditors support the transaction.

Despite abuse of the pre-pack system, from a restructuring perspective, pre-packs often give the best return to creditors and continuity for employees and suppliers. These changes will go some way to addressing concerns of misuse, but this may be the whole class getting detention due to a small minority and a restraint on the options available to save businesses.