Report highlights need for clients, designers and contractors to collaborate if innovative construction technique is to take off in UK. 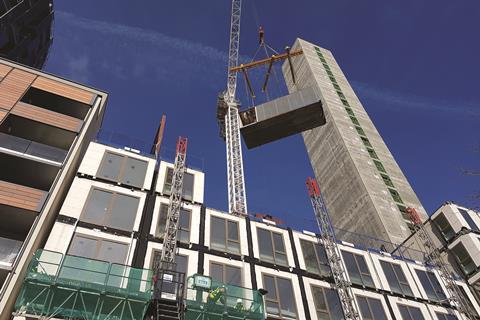 Calls by a House of Lords committee in July to boost offsite manufacture (OSM) across the UK were met with open arms by those working in the property industry.

The science and technology committee highlighted a number of barriers holding back OSM in a 60-page report and said the sector needed a “radical overhaul” for this building technique to truly take off.

Although welcomed by the industry, the report covers a number of well-explored points about the challenges construction faces, begging the question: what sort of impact is it likely to have?

The House of Lords’ findings echo those of Mark Farmer’s government-commissioned 2016 report ‘Modernise or Die’, which laid bare the challenges facing the industry, including its disjointed and low-margin business model.

Early collaboration with the client right at the feasibility stage helps to optimise the design of a project.

The Lords’ committee’s report explains how this fragmentation makes it difficult for all parties — client, designer and contractor — to be involved from the beginning of a project, which it says is vital to the successful implementation and widespread use of OSM.

As Geoff Fawkes, business development director at offsite specialist McAvoy Group, notes: “Early collaboration with the client right at the feasibility stage helps to optimise the design of a project. As a contractor, you get to understand what the client is trying to achieve, while the client is able to understand how the contractor would deliver it.”

UK Research and Innovation, an organisation that brings together the UK’s seven research councils as well as Innovate UK and Research England, told the committee that surveys of the construction sector showed “entrenched cultural practices” in the sector, including a “reluctance to break from their existing, established networks of contracting bodies”, which are hampering the spread of OSM.

Evidence from subcontractor Severfield, Infrastructure and Projects Authority chief executive Tony Meggs and Arup all supported this view, adding to the wider consensus that the sector needs reform urgently.

The report also supported the government’s Construction Sector Deal, published in November as part of its much-awaited Industrial Strategy, which stated a “presumption in favour” of using OSM from 2019 across the five governmental departments of health, justice, transport, education and defence.

The Lords committee called on the Construction Leadership Council (CLC) to work in partnership with the government to ensure that the sector deal is a success – a suggestion the CLC strongly supports.

Simon Rawlinson, head of strategic research and insight at Arcadis and a CLC member, says the sector deal and July report make him confident that OSM will eventually thrive.

“It starts to create that momentum of more volume going through the system, more investment, more opportunity, so that gives me a lot of confidence,” he says.

Elsewhere, Rawlinson says the establishment of Innovate UK’s new innovation hub, which will aim to boost collaboration across the construction sector will also help to make a success of OSM. “You’ve got lots of effort being put into finding ways to start pooling demand and people are thinking about developing skills. [Together this] is going to help bring offsite out of the holding pattern it’s been in for quite a few years.”

However, some question how much impact the sector deal will really have on the construction industry. Clare Reddy, real estate partner and head of construction at law firm Lewis Silkin, says: “There is not the capacity in OSM to deliver this volume of output.” 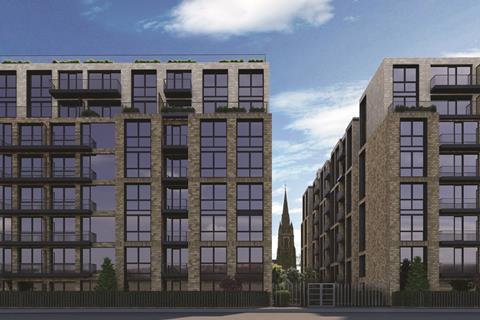 Modular mover: Click Properties is using OSM on its Aspire development in Slough

She adds that it may also be difficult for new OSM providers to establish themselves, adding: “While those already engaging with OSM predict that further cost savings will arise as more entrants come to the market, they are also [inclined] to use providers with a proven track record.”

Reddy says that R&D tax credits could be attractive for SMEs as they can claim a higher rate and significantly reduce their corporation tax bill. They can also choose to surrender their credits for cash.

“The sector would absolutely benefit from greater assistance from HMRC as to how to access these [R&D credits]. However, unless we unlock their route to the market, it is difficult to see how much output this will generate.”

She adds: “A focus on funding for OSM would greatly assist existing participants and market entrants. Traditional lending approaches and indeed building contracts are structured so as to pay for work that has already been done.

“This does not sit easily with up-front payments to providers before they start the production line. Developers with bank funding using OSM have reported that banks will not forward fund, leaving them to find money for the up-front payments required by the manufacturing process from their own pockets.”

The McAvoy Group’s Fawkes says the report rightly picks up on the need for better information on the number and location of planned OSM projects, giving providers confidence to invest in greater production.

However, for OSM to take off on any great scale, says Rawlinson, the industry will have to overcome two particular barriers noted in the report: concerns about some companies’ stability and the difficulty of procuring OSM in the public sector.

“Private-sector developers are very nervous about the financial stability of individual providers,” he says, citing the example of how contractor Galliford Try was forced to buy bathroom pod supplier, Badekabiner, on the Olympic Village development project in 2011, after the offsite specialist ran into trouble.

In that instance, the contractor was able to shield the client from the risk, but Rawlinson questions what could happen in different circumstances.

“What if you are using somebody to actually deliver modular housing and they go bust, then who’s going to look after that? That is a practical concern that a lot of people still raise, something which the supply chain needs to address.”

One way to mitigate this risk is if providers can strengthen their balance sheets by bringing in further investment. Rawlinson says this could give risk-averse clients the confidence they need to go ahead with OSM. 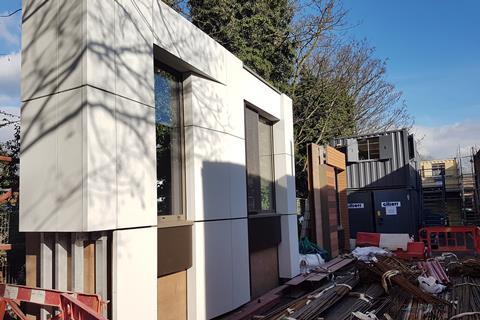 Secondly, he says it is very difficult to directly procure modular providers in the public sector, due to the lack of a suitable procurement framework. Getting a proper framework in place would be a step change, he adds.

However, there is a consensus that this report has done a good job at building the momentum of OSM, further emphasising the steps that need to be taken for the sector to thrive.

As Reddy sums up: “It is part of a groundswell towards greater use of offsite construction. It seems that, finally, offsite manufacturing’s time may have come.”