After a long six months, the stay on possession proceedings has finally been lifted, although this does not mean an immediate return to normality. 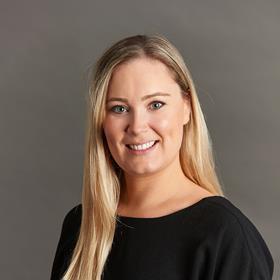 There is reportedly a large backlog of cases to be heard that were listed for hearings before the pandemic struck and this, along with the delays the courts were already facing, means an agonising wait for landlords before they can obtain possession of their properties.

The court is prioritising the most time-sensitive cases, such as those involving antisocial behaviour, domestic violence and high levels of arrears. However, this means that ‘no-fault evictions’, such as those based on Section 21 notices, might not be heard for a very long time. It is also likely to be even more difficult for landlords to obtain a possession order based on discretionary grounds, because judges will no doubt be reluctant to make someone homeless in the current circumstances.

On top of the backlog, the court has also required landlords to take additional steps when reactivating stayed proceedings and starting new ones that will inevitably elongate the process and, if the landlord has instructed solicitors, increase legal costs. There is also more opportunity for a landlord to inadvertently make a procedural error, which could lead to an adjournment of the hearing or, worse, the claim being struck out.

Landlords would be well-advised to work with tenants where possible, for example, agreeing rent concessions or assisting them in finding alternative accommodation or claiming housing benefit, in an attempt to avoid court. Mediation or other forms of dispute resolution can be considered in order to achieve this. Ultimately, court proceedings should be a last resort. If court is the only viable option, landlords should create a paper trail of their efforts to engage with their tenant and keep copies of that communication ready to show to the court. Now more than ever, landlords have to be seen to be acting reasonably and avoiding any mistakes when pursuing possession proceedings.