Emma Broad and Carla Revelo explain the changes to the new electronic communications code and how they will affect landowners.

The Digital Economy Act, which passed into law last month, sets out a new electronic communications code designed to put modern regulation in place to support the timely and cost-effective rollout of digital communications infrastructure.

It overhauls the existing code and seeks to strike a balance between the competing interests of landowners, operators and the wider public. In doing so, it introduces a number of provisions of note to landowners.

1 The test for the imposition of code rights

Under the new code, before imposing code rights on a landowner the court must be satisfied that the prejudice to the landowner caused by the making of the order can be adequately compensated by money and is outweighed by the resulting public benefit. This differs from the test under the existing code, which only requires one of two conditions (broadly similar to those in the new code) to be met.

However, under the new test it may be easier for operators to argue that an order is in the public interest. The new code requires the court to have regard to the public interest in a choice of high-quality services rather than, as provided in the existing code, only ensuring that a person is not unreasonably denied access to a service.

The consideration payable to landowners for allowing apparatus to remain on their land is currently based on the figure that would “have been fair and reasonable if the agreement had been
given willingly”.

Under the new code, consideration will be based on market value subject to various assumptions. The effect of those assumptions is that the valuation will be on a ‘no-scheme basis’ (that is, it will not take account of the proposed use). This will result in a significant decrease in the amount of consideration payable to landowners.

The current code makes no allowance for an operator to transfer or share its code rights. In practice such rights are often expressly prohibited by the agreement between the parties. The new code grants operators an automatic right to assign code agreements and, subject to certain conditions, additional rights to upgrade and/or share equipment. 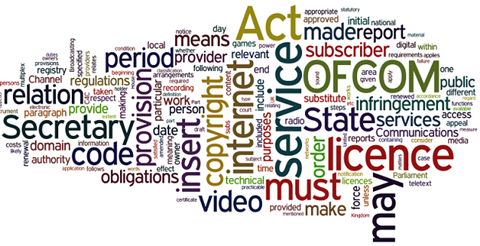 Any agreement will be void to the extent that it prevents or limits these rights or seeks to impose any condition upon them (save for certain guarantee agreements in the case of an assignment).

This represents a significant reduction in the level of control retained by landowners, especially when coupled with the new rights for operators to apply for interim and temporary code rights.

However, like 1954 act-protected leases, rights under the new code may continue beyond their contractual expiry date until terminated in accordance with the new code. Termination requires the landowner to satisfy one of four statutory grounds for termination, three of which echo the 1954 act’s grounds for refusing a renewal lease. As such, 1954 act case law may be relevant to the future interpretation of these provisions.

Under the new code, while there are extensive provisions relating to termination and modification of code agreements and the removal of apparatus, there is no replication of paragraph 20 of the existing code that made provision for the alteration and moving of apparatus. Accordingly landowners will need to ensure they include suitable provisions in their agreements allowing for apparatus to be relocated (‘lift and shift’ provisions).

There are clear public policy reasons for the government wanting to streamline and improve the existing code and to try to place electronic communications on a similar footing to utilities. However, the changes come at a price for landowners who are likely to see a reduction in income from and control over affected sites.