‘Mix up the panel’: industry must do more to ensure speaker diversity at property events

How can London’s property industry ensure that panels at events reflect a greater range of participants than just white men of a certain age? 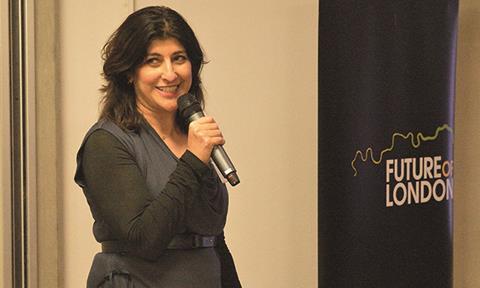 That’s the question that both the Greater London Authority (GLA) and policy network Future of London set out to answer six months ago when they called on companies to commit to increasing diversity in the industry by signing up to the Speaker Diversity Pledge.

There are now 100 organisations signed up to the pledge and Future of London has received sponsorship from GVA - allowing it to retain a dedicated member of staff. Its events discussing diversity in the industry are now more popular than ever, but has anything actually changed in the six months since the pledge has launched? And how far does the industry still have to go?

A step in the right direction

Companies have become “lazy” about encouraging diversity, according to Geeta Nanda, chief executive of Thames Valley Housing Association (TVHA), speaking at a Future of London event last month. While it is a “start” that there are more women and people from ethnic minority backgrounds on panels, this in itself is not enough, she argued.

“We can’t just think about that. We have to think about what people have got to say and have younger people with different views coming up on to the stage,” she said. “This pledge is really important because everybody’s got a bit lazy about making sure we put people up from our organisations. I know there’s a jam at the top of organisations. We need to unblock that and this is the way of doing it.”

We have to have younger people with different views coming up on to the stage - Geeta Nanda, TVHA

The pledge asks individuals and companies to commit to doing at least two of the following five things: include under-represented demographic groups in event panels; put forward speakers from these groups to represent their companies; encourage other organisations to host diverse events; avoid participating in sessions that feature only one demographic group; and join the Future of London Diversity Speakers’ Network.

The fourth point is perhaps the most controversial - but Future of London chief executive Lisa Taylor told Property Week that it was necessary if more opportunities were to be offered to people overlooked in the past.

“We don’t ask people to refuse, necessarily, but if you’re on an all-female, or just a monochrome, panel, offer some help,” she said. “We have speakers that can come and help out, so the point is to mix up the panel.”

One person who has already adopted this aspect of the pledge is deputy mayor for housing James Murray. He told the event that he aimed only to speak on panels where there was at least one woman, potentially “opening up opportunities for other people”.

“If everyone in this room and everyone that you know signed up, you can start to make a difference,” he said.

Thanks to the work of people like Murray, the industry has begun to improve over the past six months, according to Taylor.

“If you look at an email invitation for a major event, the faces they’re advertising are mixed now,” she said. “It’s great that they’re coming along and announcing their credentials as being mixed panels. So we are seeing a change. It’s only been six months, so let’s give it some time.” 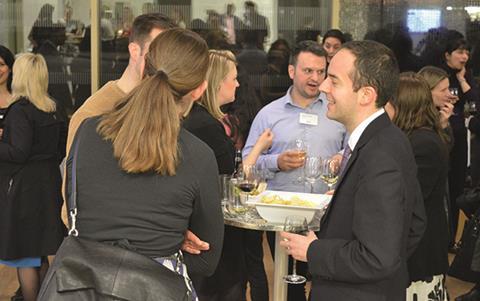 Simply getting a few people from under-represented backgrounds is not enough, according to deputy mayor James Murray (right)

The improvement is particularly apparent in social media, said Taylor. Future of London - which counts GVA chief executive Gerry Hughes as its private sector champion - is not out to “antagonise” organisations that have a poor record. But it really helps that others have begun “calling out” certain companies on social media, as well as praising those putting forward diverse panels of speakers, she said.

There is still a long way to go, however, and often companies are satisfied just to get the same faces on to panels to tick the diversity box. “You get people like Geeta Nanda, who is called on as the woman of colour to go to everything,” said Taylor.

“She’s bored of listening to herself. The same goes for [managing director of Crossrail 2 for Transport for London] Michèle Dix, who has been the infrastructure woman on speaker panels forever.”

Taylor said she understands that varying panel members can be difficult - often companies are rushed to find speakers for panels and end up going to people they know. But taking the time to plan ahead can create more engaging discussions.

Deputy mayor Murray backed up this view, arguing that simply getting a few people from under-represented backgrounds into positions of power was not enough. “It’s about looking across the board, so whenever Londoners look at panels, they look at those people in positions of power, they see themselves,” he said.

Of course, ensuring more diverse events in the industry is just the first step - the ultimate aim is to ensure that diversity filters through to companies and organisations, particularly at a senior level, according to Jamie Ratcliff, assistant director of housing at the GLA.

“[At junior levels] it is pretty diverse,” he told Property Week. “A lot of grad schemes have more women than men, but it’s about getting that into leadership positions.”

If you include a broader range of people in your thinking you will be more successful - Jamie Ratcliff, GLA

Murray underscored this point at the event: “It’s not just representation for representation’s sake - it makes for better decisions if you’ve got more people involved. If everyone has an opportunity to get involved and has the confidence to get involved, we will be a better London for it.”

Taylor conceded that Future of London is still just “chipping away” at the problem. But it has big plans for this year, and is aiming to achieve a milestone of 500 companies and individuals signed up to the pledge as soon as possible.

Along with City Hall, it is currently hosting a competition to design an ‘e-badge’ that those supporting diversity in the industry can use in email signatures to show their support for the campaign. Her organisation will try to make more noise than ever and will continue to run events to train people up to speak at events. It may even look for permanent space in London - potentially in GVA’s office.

If the hard work of Taylor, Murray and others pays off, next year’s flagship events could well look a lot more diverse than this year’s. 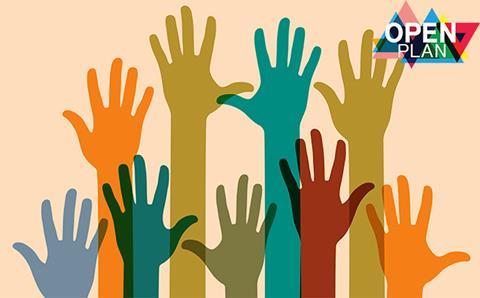