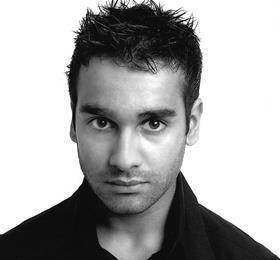 It covers the residential and commercial markets in the north of Britain, and in the last six months has bought £20m of distressed residential assets for clients in cities such as Manchester, Glasgow and Liverpool. This is up from £2m the year before. Emma Haslett finds out why he favours the north.

Why did you start your own company?

I started as an apprentice at McCafferty Asset Management when I was 16.

They hired me after my apprenticeship finished. I stayed there for 13 years and even moved down to London. In 2009, I decided it was time for a new challenge.

Why the focus on distressed properties?

They appeal to investors because there is a value discount. In the north, where I’m based, this has reduced over the past few months as the market has picked up: in 2009, the discount was between 20% and 30%. Now, it is more like 15%-20%.

It was not a great time for the market in 2009 — particularly in the north. How did you manage to succeed?

At the time, because residential was so cheap it was giving very good value and returns. Most of my clients did not want to go into commercial because, particularly in the north, they were worried about empty rates.

How does the northern market compare with the residential boom in London?

There’s far less competition up here than in London, where there’s too much interest from overseas. In cities such as Leeds and Manchester, rents are rising — in fact, the residential lettings market has never been this strong.

In places such as Cheshire and parts of North Yorkshire, people with wealth are coming out at the moment and saying, “right, we have cash and we need to deploy it”.

I want to attract more investors to areas such as Glasgow’s West End, Manchester and Leeds. Some people don’t look outside the M25, but there is plenty of cream up here.