New model is needed for valuing properties with short leases

The recent Mundy v The Sloane Stanley Estate legal battle has shone a bright spotlight on the industry’s calculation basis for extending a property’s lease. 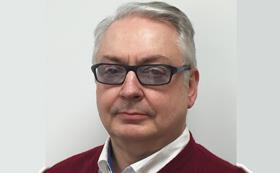 The case, brought by a surveyor, centred on what was considered by many to be the last attempt to change the basis of calculating ‘relativity’. This is the discount rate that is applied to establish the value of property with short leases when no clear comparable evidence is available.

Traditionally, surveyors have struggled to find good evidence to support the sale of property that comes with a short lease; these homes are also considered to be less desirable among buyers, as properties with short leases can make it harder to source mortgage finance.

As a consequence, data has been compiled and surveyors have published ‘Graphs of Relativity’ as an aid to setting the appropriate value for the property with a short lease. Often the information has been sourced from different markets, including prime central London, Greater London and the regions. With the data informing the majority of these graphs being collected around 20 years ago pre-recession, understandably they are now considered outdated.

Throughout the case, Mundy’s legal team argued for the need to radically change the basis by which ‘relativity’ is calculated and its failure has urged many to call for the government to intervene. The ruling also coincides with growing parliamentary concern about the sale of new homes on a leasehold basis – in particular those that are subject to the doubling of ground rent provisions. There is cross-party support for change, and it’s possible the two issues could be combined in any future legislation.

Following the decision, both tenants and landlords have expressed a desire to make the process of purchasing freehold or exchanging a lease fairer and more simple. Of course, this process is easier said than done and updating the system will take time – there is no quick fix. It seems likely that, for the time being at least, property with leases that have less than 80 years remaining will continue to suffer a more limited demand in the sales market, spurring most leaseholders into negotiations for lease extensions prior to marketing. In the meantime, the advice to those on both sides would be to seek out professional advice from expert valuers who know the field well.

There is a clear need for a credible model. We must all be willing to work together to look for alternatives, perhaps taking components from various models to find a solution that can be accepted across the industry.