There is no doubt that open-plan design has helped create more collaborative and less hierarchical workplace cultures. 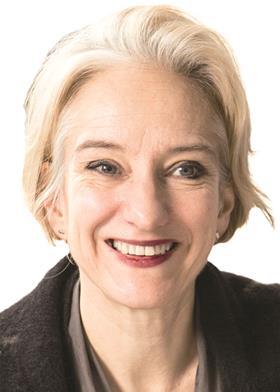 However, the proliferation of open spaces needs careful stewardship, because without this, we are in danger of creating spaces that are out of touch with the individual and the pace of the changing corporate world.

People in our industry are starting to question the quality and logic behind open-plan spaces, which is driving a renewed interest in ‘closed’ private spaces.

This pattern is not a rejection of the spirit of collaborative working, but a backlash against lazy open environments, where rows and rows of desks are lined up with little variation. For users, these factory-style floorplates, with acres of carpet and huge expanses of ceiling, can be bewildering and inhumane.

If we look back 20 years, there was a push to use open-plan designs to keep everything regular and uniform, to promote homogeneity within an organisation. This brought with it fresh ideas, with expansive floorplates that – with their machine-like aesthetic and simplicity – brought something new and interesting and made us think hard about what the office could be.

This approach – like most innovations – has been pushed and distorted over time and I think we are in a period where we need to take stock of open-plan working to ensure it responds to the needs of today.

For open plan to be successful, you need to cater for people’s need for more intimate spaces that have a human scale. This breaks the thinking that there are only two options of ‘open’ and ‘closed’ or between a sea of desks and a private office. The space between ‘open’ and ‘closed’ is perhaps the most interesting. This requires the designer to promote a feeling of openness while creating the opportunity for variety in scale, intimacy and the type of work setting. 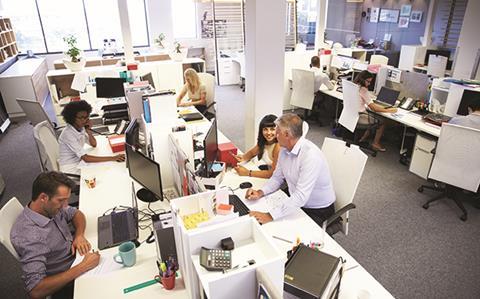 This option breaks down floorplates into ‘studio chunks’, smaller components within a large ecosystem. With a variety of work settings and scale comes a sense of containment and intimacy while also being visibly part of the bigger picture of an organisation.

We have just completed a workplace-strategy and fit-out for a major bank where the floorplates were broken down by the strategic positioning of ‘third space’, which is a type of shared, civic amenity area for staff to socialise and work more informally.

This is an example of firm architectural components giving definition and shape to floorplates, forcibly breaking down a totally ‘open’ environment and shaping different work settings.

Corporate workplaces have been influenced by the  way the educational sector choreographs different work settings. Modern university design was a pioneer in weaving together focused and collaborative work settings, using civic gestures such as ‘Spanish’ steps – a series of large steps that can be used for informal meetings, seating for presentations as well as circulation – to add vitality and variation to traditional focused environments such as libraries.

The demarcation of space does not have to involve barriers to divide floorplates and can be more subtle. For the same recent bank project, we used the ceiling design to break down the scale of the open floorplate. Varying the materials and ceiling design creates a grain to the floorplate that subtly suggests how different teams function.

Both third space and more subtle design gestures are pushing against the homogeneity of 20 years ago. Corporate culture is transforming, and with increased flexibility and collaborative working comes increased empowerment of the individual. We should keep looking to develop open-plan strategies so that happy and productive people, not standardisation, are the hallmark of a great office.

Helen Berresford is a partner at Sheppard Robson and head of its interior design group, ID:SR