The greatest obstacle on the road from land promotion to development is politics. 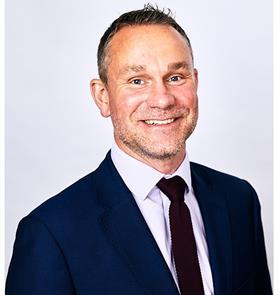 The process invariably exceeds the four-year political term, but it is all too easily threatened by short-term political thinking.

When former PM Boris Johnson told the Conservative Party Conference he would not support greenfield development, Local Plans were immediately halted. An impasse occurred again when, a few months later, the Planning Bill was scrapped, and again when Johnson was forced to stand down and prime ministerial contenders fought for votes with pledges to protect green fields.

Separately, Local Plans are stalled because of the thorny issue of nutrient neutrality, which awaits a political solution. Others are paused, pending ministerial direction on issues ranging from sustainable transport links to housing targets.

Politics also creates consternation at a regional level. Consider the row between the then secretary of state Robert Jenrick and London mayor Sadiq Khan over tall buildings. Where tiers of administration represent different political positions, conflict is inevitable.

We may have cause for tentative optimism in new PM Liz Truss’s promise of a “radical rethink of planning”. But talk in the absence of specific action causes further uncertainty, hence delay. Furthermore, Truss went on to say red tape would be ripped up to “give more power to local communities” – the small ‘p’ of politics.

While I do not endorse a US-style, market-led approach to planning that deprives residents of having a say, it is clear that housing figures are only ever met when decisions are removed from politics.

To create and implement new settlements, it is abundantly clear that we need a National Plan to oversee housing targets and allocations, or an ‘infrastructure-first’ approach, perhaps led by the National Infrastructure Committee.

This relinquishing of political power would ultimately achieve the (political) goal of levelling up, including a lasting legacy of which politicians could be proud.