The re-election of the Conservative Government has enabled us to forecast with a little more certainty what the coming years hold for employers in the property industry. 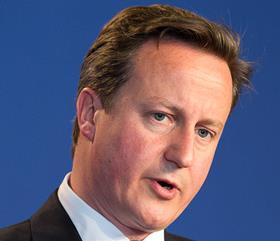 The Conservative manifesto very much prioritised deregulation of the economy over additional statutory employment protection and focused on providing a business-friendly employment reform agenda. Since the election, the new government has announced that it intends to push ahead with a number of its election pledges.

There is speculation as to whether legislation will be rolled out to other sectors. If so, the property industry could see a decrease in the level of strike action and benefit significantly from the ability to employ agency workers to cover employees when action does occur.

The Government proposes to make exclusivity clauses in zero-hours contracts unlawful and so, in  principle, workers will be free to undertake work for other employers. However, employers can still include clauses that require workers to be available for work when required, thus effectively limiting their ability to work for others.

Employers within the property industry are unlikely to be greatly affected if they have a large pool of zero-hours workers. But smaller employers who rely on the availability of individual zero-hours staff may have to think carefully about the wording of the contracts or make plans to widen their pool of staff.

Equal pay is also on the agenda. The Government has said that it will implement provisions that require all companies with more than 250 employees to publish the difference between the average pay of their male and female staff. There will be a consultation period to determine exactly what information should be disclosed.

This could cause significant costs for employers and it is therefore recommended that organisations begin collating their gender pay information now and consider what, if it were reported, the impact of the information would be.

It goes on. The Conservatives have also promised a referendum on the UK’s membership of the European Union. A so-called ‘Brexit’ would have a huge impact on UK employment law, as much of our legislation is derived from and/or interpreted in line with European legislation. For example, the Working Time Regulations have just been interpreted in the UK to align with the European Working Time Directive. What would happen with such legislation and other laws like it, if Britain exited the EU?

Then there are smaller but still significant changes that have either just come into force or are in train. Employers’ national insurance contributions in respect of employees under 21 have been cut from April 2015. Employers in the property sector may look to increase graduate and entry-level intake levels to take advantage of this (although they should be careful to comply with age discrimination legislation).

The national minimum wage is also to be increased to £6.70 by autumn 2015 with a view to increasing it to over £8 per hour by the end of 2020. And paid volunteering leave for three days a year will be a workplace entitlement for people working in companies employing more than 250 employees.

So what does all this mean? Overall, the property industry will welcome the broadly business-friendly agenda that the Conservative government has put forward. In particular, reducing the risk of strike action and cutting red tape will be of benefit to many employers within the property industry.

However, companies should be mindful that the above factors stand to be overshadowed by the impending EU referendum, which will inevitably cause unnecessary economic instability for the industry and wider businesses as a whole.