Joy Nazzari, founding director at dn&co and Showhere, on how she got started in property, the challenges she has overcome and her proudest career achievement. She also shares her cultural recommendations. 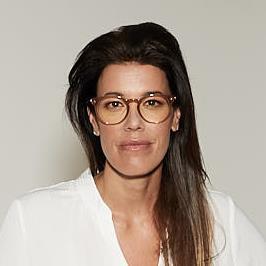 How did you join the property industry?

I started my career in equity research at a tech investment bank and then jumped into Silicon Valley. I moved to London with the dotcom boom and eventually helped architectural visualisation gurus Hayes Davidson launch a software company for large-scale developments. The firm’s founder, Alan Davidson, put me in charge of the software company as well as his emerging branding agency subsidiary. I then struck out on my own with a colleague to create dn&co.

What does your job entail?

I co-founded a new proptech business mid-pandemic called Showhere. It’s a presentation platform that enables property businesses to create compelling stories about places in order to help them sell and lease space. I also run a branding and design agency, dn&co, which specialises in place and culture. We have been behind the reinvention of some of the UK’s largest neighbourhoods and developments including Broadgate, St James’s and the Royal Docks.

What barriers or challenges have you overcome?

I remember in the early days I would ask clients questions and they would turn and direct their answers to my (male) colleague. This drove him crazier than me, but eventually that stopped.

What do you like most about the property industry?

I think the industry has a unique opportunity to create places that really impact people’s lives. I did a TEDx talk in 2018 introducing a concept called ‘place purpose’, which is about creating places around human needs. Some developers still seem to rush into ‘placemaking’ without thinking too deeply about who they are making it for, what they care about and why they’re making what they’re making. I believe place purpose increases the competitive advantage and financial viability of projects.

What do you want to change about the industry?

More work needs to be done to promote gender and racial diversity and tackle pay gaps. We need to understand why bias happens and educate ourselves against it.

What are you most proud of in your career?

I’m most proud of having advised central and local government and some of the UK’s biggest landlords and developers – including British Land, Stanhope and Argent Related – on positioning narratives for places, firstly with dn&co and now with Showhere. It has meant I’ve been a part of some of London’s most significant regeneration projects.

Optimism and creativity – together, they can get you out of most challenges and bring others along with you.

What advice would you give someone starting a career in the property industry?

It’s a small industry and reputation is everything. Do great work, and collect and nurture your contacts along the way. I am still working with many of the people I met 20 years ago.