The economic value of London’s architecture sector was revealed for the first time last week in new research published by the mayor of London’s economics team in partnership with the London Festival of Architecture (LFA). 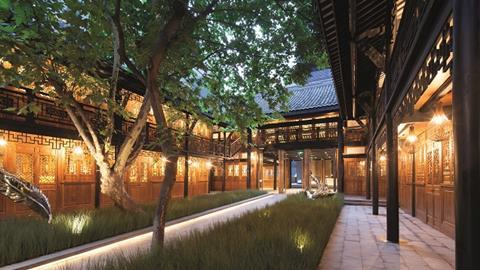 The report found that architecture in the capital generates £1.7bn in gross value added (GVA) a year, with the rate of growth outstripping the creative industries as a whole and also the wider London economy. It shows that architecture makes a major contribution to the UK’s balance of payments as one of the country’s most valuable creative exports.

“London is home to some of the world’s best architects and this research underlines the important role they can play in the city’s economy,” says Jules Pipe, deputy mayor for planning, regeneration and skills. “It’s only right that as well as celebrating the aesthetics and social benefit of great design, we also recognise its financial contribution to the capital.”

Property Week caught up with Tamsie Thomson, director of the LFA, to find out more about what the research reveals. 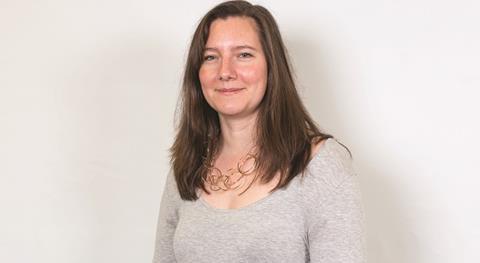 What was the motivation for pulling together the research?

Really, that no one else had done it. It’s something I’ve been interested in doing in previous roles and we felt that it was important for the festival in terms of explaining why it’s so important that the architecture sector has its showcase. It’s a significant industry and it does need to be supported, especially at the moment with Brexit.

How was the research conducted?

We looked at different ways of commissioning the report and the Greater London Authority (GLA) has been a long-time supporter of the festival. We spoke to them about the issue - that we don’t have a single report that looks at the contribution that architecture makes to the London economy.

There are bits in the Royal Institute of British Architects’ surveys and in some research by the Design Council, but nothing that pulls it all together in one place.

So the GLA’s economics team agreed to pull it together. It’s been done in an arm’s-length way to give it credibility. This is the first time that this has been done purely for architecture, rather than architecture tied up with other creative industries or with construction and other parts of the property industry. It’s really important for the industry to have that so it can demonstrate its importance, both economically and also as part of the wider creative and property industries.

Were you surprised by the results?

The GVA figure is big, so obviously that stands out, but the net export figure is also a lot higher than I thought it would be. It’s £437m, so we are a major exporter of architectural services. That is something I think we should have guessed given how much we see being designed all over the world by London practices, but I didn’t know it was on that scale.

How does it compare with other creative architecture in the capital?

Architecture is growing much faster than the other creative industries. Architecture is growing on average by 7.6% a year, compared with an average of 3.9% across the creative industries. But I think there are questions about what is going to happen over the next couple of years, especially when you think about the number of EU nationals in the workforce. 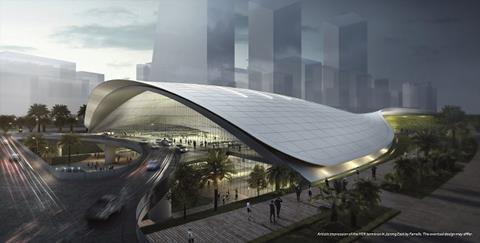 That’s obviously a potential business risk for lots of practices, depending on what happens with visas. And with something that is bringing so much into the economy, it’s a much wider risk too. I wouldn’t have thought that the government or anyone else would want to put that in jeopardy.

Is there a risk in terms of the exports as well?

I think that it has to be. We haven’t got the definitive figures on how many of the exports are to countries within the EU, but we do know that it’s a significant number. For instance, I met with a firm recently that has a huge amount of work in Paris. The other massive risk for the wider sector is the number of undergraduate and postgraduate architecture students who are EU nationals and what that means for universities in terms of student numbers.

How do you think policymakers should respond to the report?

First, they should recognise the contribution that architecture makes to the economy - it’s up there with civil engineering and larger than fashion or furniture design. Therefore it needs to be supported and nurtured through Brexit.

There also needs to be a step-change in the way architecture presents itself. It’s an economically successful sector and it’s really important for architects to think about themselves as successful businesses. The industry needs to acknowledge that.

So architects don’t think of themselves as businesses?

Historically, architects weren’t allowed to advertise. It’s relatively recently that was changed. It’s almost an old-fashioned idea of gentlemen amateurs, like cricket used to be. I think they have changed a lot within practices and among individuals, but it’s sort of as though the systems and institutions that support them haven’t caught up. 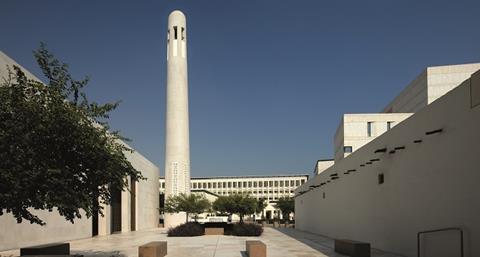 There are a lot of conversations about architecture as an art form and not enough as a business. That’s to the sector’s detriment because when the government looks at supporting industry they’re going to put that money into success stories and things that are seen as an important part of the economy.

What does the research say about diversity in the sector?

The stereotype is that architecture is male dominated but that isn’t the case, not in London at least. I think the fact that 40% of architects in London are female will be surprising to a lot of people. However, what we don’t know is what level those women are within firms. One would assume not very many are at director level.