Brenda Jones isn’t your typical property professional. The Association of Women in Property’s (WiP’s) new national chairman started out studying for a degree in social and political science and once entertained thoughts of a career as a social worker. These days, however, she works as a technical director in project management services at multi-disciplinary consultancy WSP. 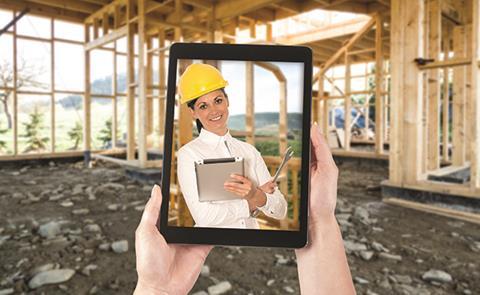 WiP hopes raising the profile of women in senior roles will attract more people to the sector - Source: Shutterstock/rzoze19

Jones’s career trajectory was influenced by the advice and support of a series of female colleagues. And now, with her work with WiP, she wants to provide similar inspiration to the next generation of female built-environment professionals.

Property Week caught up with Jones to find out more and to understand her priorities for her chairmanship.

How did you get interested in a career in the built environment?

Like many people who are aged 18, I wanted to change the world and right injustices. I initially thought I might want to pursue a career in social work. I did a spell working in a social services department, but it was not really what I wanted to do. I then followed this up with a masters degree in social policy and ended up working for Professor Anne Power at the London School of Economics.

I was involved in running initiatives to improve the management of social housing. That is how I got my interest in the built environment - really seeing that the quality of the built environment has a big role in the quality of people’s lives. It was about empowering tenants to work with public bodies to improve housing management, as opposed to using a hierarchical approach.

What was your first job outside academe?

I spent around 18 months working on the Isle of Dogs. It was very exciting because it was when the London Docklands Development Corporation was there. A lot of new buildings and transport infrastructure were being built. I found the construction side very interesting and I was lucky because I managed to persuade my employer, the London Borough of Tower Hamlets, to sponsor me to do a day-release course in building surveying at the University of Greenwich.

It was a female manager who pushed for that and gave me permission. I thought at the time that if I was going to work in the built environment, which didn’t have many women working in it, I wanted to get a good qualification.

I take it you were successful…

I worked for a number of local authorities in London in building surveying and eventually became chartered. I worked on a lot of interesting projects, not just housing but also cultural projects. There were lots of redundant buildings around London and I was involved in transforming Victorian schools into offices, upgrading properties to make them more productive, putting in modern IT services and lighting, fostering collaboration, improving energy efficiency - things that are still relevant in office design today.

When did you make the move into the private sector?

I had my son and living in London without any family was quite a challenge. My mum is from Scotland so I decided to move up to Glasgow and got a job with Atkins. I remember saying to the chap who interviewed me that I had a child so I wasn’t terribly flexible in terms of being able to work in lots of different locations. He was absolutely fine with that - I was up front about it and it wasn’t a problem.

Did WiP support you in your career?

I worked for Atkins for five years and then moved to Scottish Enterprise, Scotland’s economic development agency. Then through contacting WiP I got a job in the private sector again as a project manager at Heery, which through various amalgamations became WSP, and carried on doing a variety of projects - regeneration, economic development, education, culture.

I worked my way up to become more senior and eventually with the help of my WiP mentor got a role in management, which is what I have been doing since 2013.

What are your priorities for your chairmanship?

I think role models play an important role in the industry. There are a lot more women coming in as graduates and apprentices in the industry. What’s important is that we keep those women and that they develop their careers. I found the WiP mentoring scheme really helpful in my career. It really helped me to see what a company is looking for in its senior staff, as opposed to just doing your day job well. 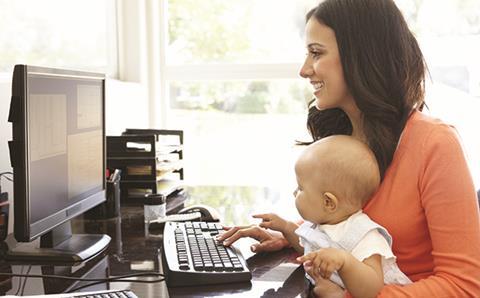 WiP wants to show how people can combine a successful career in the industry with being a parent - Source: Shutterstock/Monkey Business Images

Are there enough high-profile women in the industry?

The other associated priority is to make senior women in the industry more visible. I think it’s really important that senior women become more visible by speaking at events and providing mentoring - it’s important for younger women coming through to see that they can achieve a senior role. At WSP, for example, our UK head of structures and UK head of development are female and that’s really important in showing that women can do that. One of my colleagues combines their job with having young children through flexible working. That’s a big issue that the industry has to crack for all parents.

So it’s a wider issue than motherhood?

We need to show how people can combine a successful career with being a mother or a father. I think it’s becoming much more acceptable now to have different patterns of working, whether it’s compressed working or working part-time and so on. We’ve got the technology now to support that and I’m finding that increasingly dads are asking for it as well as mums.

It’s important that our industry provides that opportunity to combine being a parent with a successful career. More women are getting into our profession and doing well. The economics of that will make a difference - it won’t necessarily be the mum who wants to reduce their hours so both partners should have the opportunity to do that.

I think it’s something that all firms are going to have to embrace because there is a shortage of talent. We’ve been working on the WiP mid-career taskforce initiative, which has involved holding events to showcase agile working and share successes. The association is playing a role in publicising agile working success stories that allow people to retain and develop their senior staff as they develop their careers. It’s an important thing that we can do as an organisation.

Has WSP been supportive of your taking on the chairmanship?

WSP has been hugely supportive of my taking on the role. Our chief executive Mark Naysmith has given me his blessing to do this and I think it shows that we are fully committed to a diverse workforce and also to giving something back to the industry. My role has been publicised throughout the company and I have had lots of messages of support. People have asked me to speak to women in their teams and give them some career suggestions.

I have also had the opportunity to speak at different events and raise the profile of WiP as well as my own profile.

Why should more young women consider a career in the built environment?

I want to publicise the fact that the industry is interesting for people who want to change the world. The built environment has huge benefits for people in terms of quality of life and we need to make sure that when we’re promoting the industry we get that across. Whenever I’m speaking at events or speaking to our volunteers through our branches, I’m making sure that people put that across.

WiP also does roadshows for schools and that’s an important part of our work. You don’t have to be great at maths and physics to work in the industry. It’s very diverse.